Why I am every black person unjustly killed. 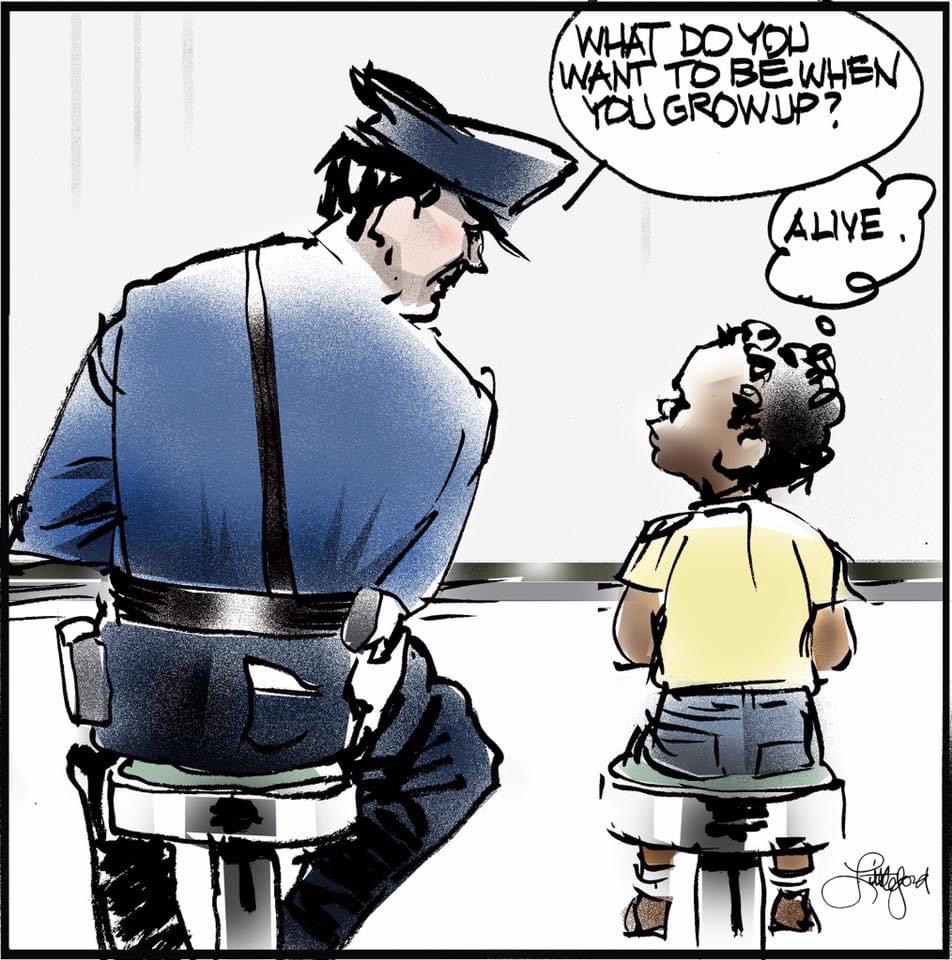 I have read where some guys are asking why some of us are preoccupied with the death of a single black American when in our villages, states and countries many are dying regularly. Taken from a shallow-minded point of view, it sounds plausible. Some even summarize that with the old Chinese adage “charity begins at home”. Still, I’m convinced that though there are elements of truth in such observations, it lacks a dimension that makes some violence transcend societal and sociological boundaries.
When people fight in my village over who is to be the Igwe (the chief), it’s not often about his inability to better perform the role. It is rather the idea that he or she is not from my own family or kindred. The truth is that even when the role is reserved for my own kindred, our families will still need to fight to decide who will take up the mantle of leadership. This is simply a social disagreement, and nothing fundamental to our existence as a people. It’s about how our society is organized and how we see the leadership role.
And when Enugu man thinks an Anambra or Abia man or woman is not to rule over him or her, it’s not more of whether an Anambra woman is better equipped than an Enugu guy. In certain cases, the Enugu man or woman’s mother is from Anambra or Imo, which means he or she does not doubt that something good can come from those states. It’s simply about Enugu or Ebonyi as social entities (geographical locations) different from Imo and Anambra. Such squabbles are simply considered sociological disagreements. 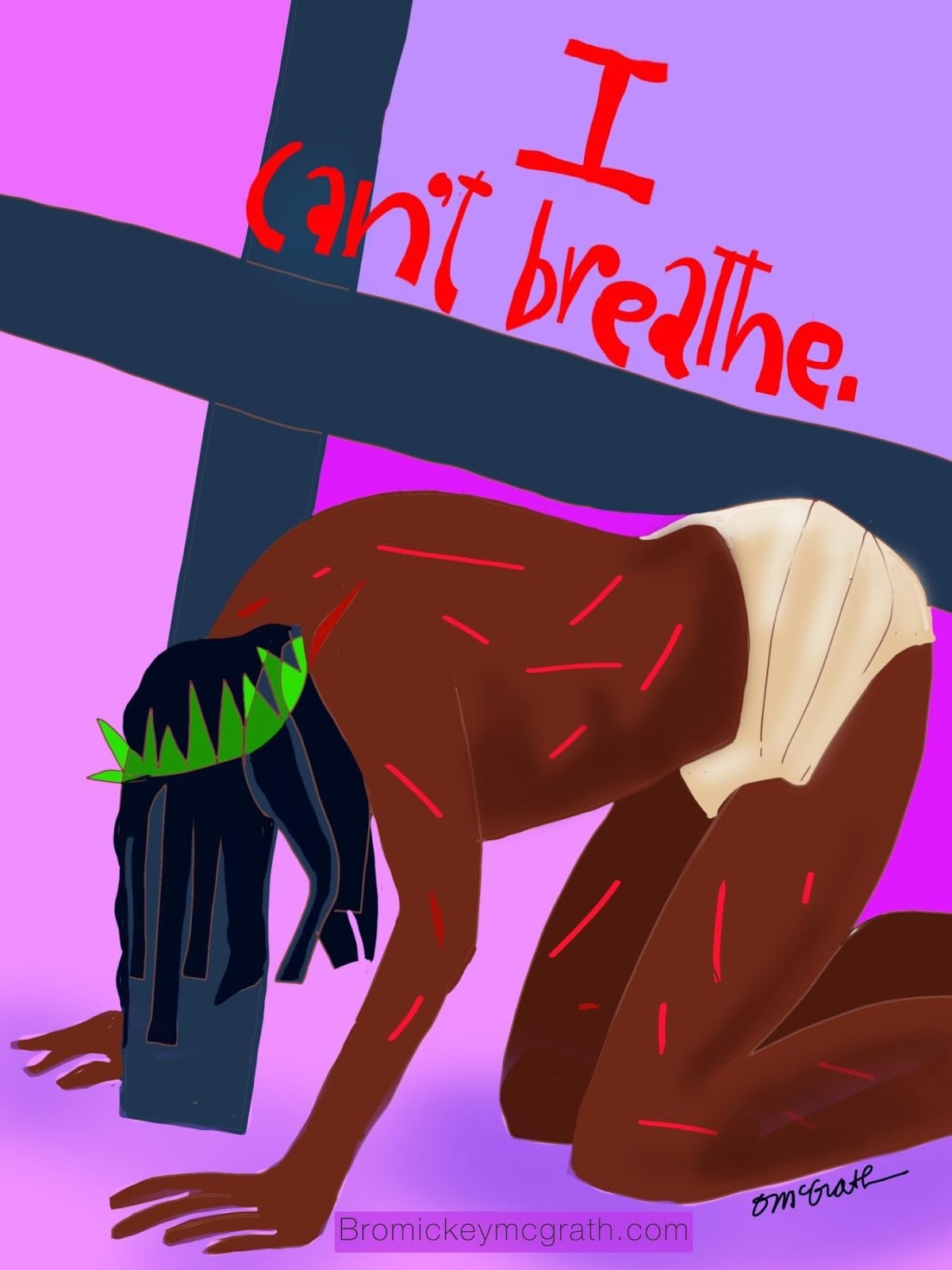 And even when an Igbo sees a Fulani as a threat or a Yoruba sees TiV as incompetent, it’s not always because he or she doesn’t believe that Uromi or Kanuri people are capable of being good. It cannot be so, because the same Hausa man or woman will not hesitate to be married to an Igbo lady or a Yoruba man. He or she will easily proclaim that they have problems with the Fulani, but they would not hesitate to make concessions when it comes to individual relationships. Their true problem is that society has sold them bad ideas about the Fulani headsmen or Igbo Yahoo boys. These are all sociological problems and nothing more.
The same rules apply not just in intertribal cases but also inter-country misunderstandings. The trivial duels between Nigerians and Cameroonians are related to a societal misunderstanding. In certain cases, if not because of colonization, the parties were initially distant cousins. They only started seeing themselves as Cameroonians, Chadians, Nigerians or Togolese after the Berlin Conference of 1884-85. But before then, the Yoruba roamed from Nigeria through Togo to the Benin Republic. The Hausa travelled on horses and camels from Northern Nigeria, Cameroon, Chad, Mali through Ghana and Sudan.
But when a black man or woman’s life is sniffed off, whether, in Azerbaijan or Minneapolis like in the case of George Floyd, it is not just sociological trouble but an anthropological problem. It is not a question of whether the black man or woman is incompetent but whether he or she has the right to live.
The law and I mean it not just figuratively but literally, as police officers under two supreme court decisions, Tennessee v. Garner and Graham v. Connor, have the right to shoot anyone they judge dangerous. And as many of these guys (white supremacists) doubt the humanity of black people, we become automatically a threat to their lives and thus subject to being shot at. This is why in each of these cases of police violence, the measures taken would not have been the same if the subjects were not black or any other group, they judge subhuman.
In this situation, it does not matter from which state they come from. All that counts is their skin colour. What this means is that we are already condemned even before being questioned. It is a systematically orchestrated script being played. 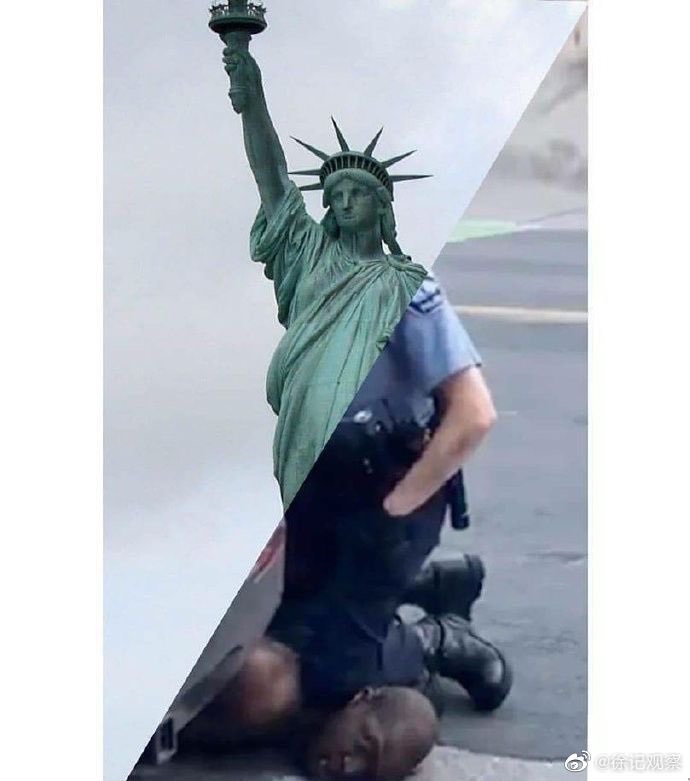 This is thus more than a sociological problem. It’s the question of whether we are human enough to make good calls. It does not mean that the guys in question are always right, it is that they have neither right to be proven wrong nor time to prove their innocence.
So, why do I feel threatened when a black man is gruesomely mauled down in Minneapolis? It’s because the fight I engage in within my country has no human value if my humanity is put in question. It also means that if George Floyd could be asphyxiated under public watch, my country can be invaded by any white supremacist government or some renegades be armed to wipe out my village since the inhabitants are subhuman and my country a shithole.
Let it be noted that when I say that I’m George Floyd, I’m simply begging to be able to breathe. I’m simply begging to be considered human and asking to be judged just like every other human being. When I pour out my bleeding heart, it is to say that even domestic animals cannot be cruelly executed in the same way I was murdered in George Floyd. This is capital because if I’m not human, I cannot even fight for a better human society. If I can be trampled upon at will, the fight of my people is just an altercation among some tribal savages. So, each time a black man or woman is killed because of his or her skin colour my identity as a human being is put in question and my right to breathe deniable.
Alsonomi2020
Posted by The iPriest at 2:31:00 pm