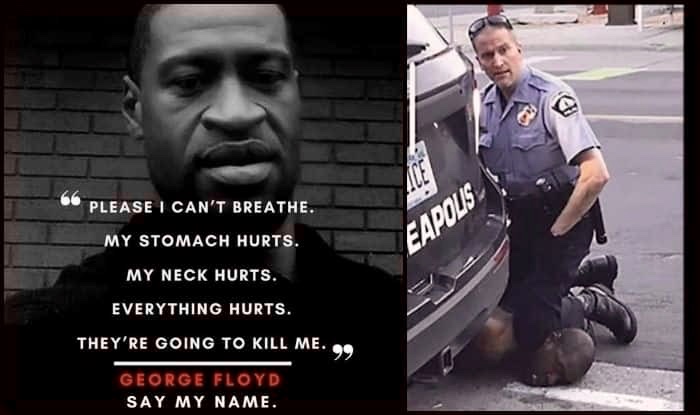 Watching the gruesome asphyxiation of George Floyd says a lot about being black in the USA. I know racism is a very delicate matter and that one can’t define society by the actions of a few individuals or a given class of the citizens. Yet, police brutality and the gruesome killing of blacks in America are now something else.
And even though George Floyd’s death is not an isolated case, the spectacular way it was publicly executed proves that killing of blacks in America is unfortunately systematically (structurally) systemic. In previous cases, the police always played the card of self-defence, but from the way the assassination of George Floyd was conducted, no one can deny the original intention of the police officers.
From other videos we were shown, there is no iota of proof that George Floyd was resisting an arrest. He was simply dragged out of his car, handcuffed and hauled to the police car. And assuming that he tried to resist an arrest, we are in the 21st century when no one can escape the system for a long time. And having no gun or any form of weapon on him, it was certain that their fear was not in any way, about their life being threatened. And if the policemen were afraid, he would run away, we all know that he cannot hide forever. So, if he was resisting arrest, by the time he was handcuffed, he was simply neutralized.
And with his football player body structure, he might look dangerous at a glance but not while under the full weight of three policemen. 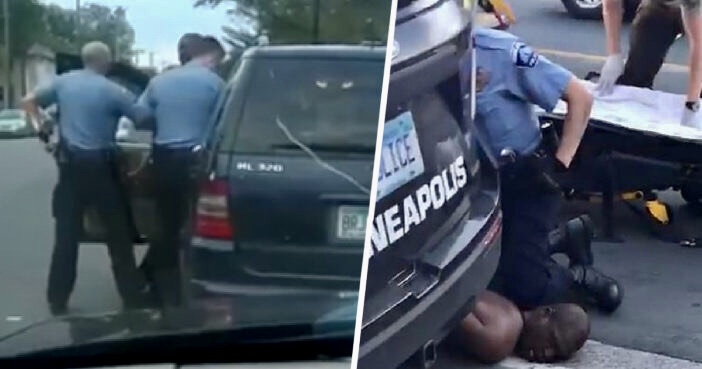 Still, that’s not the whole story. Assuming he was still fighting to resist the three, it was obvious that they were all hearing him plead, just to breathe. They must have heard him agonize and beg just for free air. They should also have heard him call on his mum, at his age, just to be able to live once more.
But according to the American system, the blacks are not human and do not act like the white policemen. According to this system, George Floyd was pretending and was not suffering even when he begged:

"I cannot breathe
Please, I can’t breathe
Do not kill me, man
Please, don’t kill me
Anyone get water around"

No, blacks do not communicate like humans, so, he could not have meant those words. And, even though the police officers had forgotten all the technic they learnt in their training days, they still could not have understood what the bystanders were saying. So how could they have heard them ask that his pulse be checked? And since blacks do not have human characters, according to the system, the police officers would not have felt when he stopped shaking and begging to breathe. How could they feel his body shake in response to the breath leaving his lungs? Sure, those can’t be attributed to black folks. They don’t die like others, and so, the policemen wouldn’t have known he was dying.
Still, those are not enough reasons to make the American system racist. By the way, it was just four random police folks performing their duty. They are just some renegades and do not represent the great American society. However, it is now in the record that they killed a guy just because he was black. But the major problem is that everybody around was aware they were killing the guy but could not do anything. And that is how autocratic a system can be. That is why the system is fucked!
Let us not forget that America is said to be a free state where the civil rights of the individuals are fundamentally religiously respected. The Holy Second Amendment Law makes America a place where no one can prevent the citizens to carry firearms to defend their territories. Yet, great America forgot to provide a clause that can prohibit American white police officers from flagrant assassination black folks. We saw this in the case of George Floyd.

The citizens can only assist and appeal to the religious hearts of these law enforcement officers to consider letting a black guy breathe just for a while. They even reminded them that the black man was dying, but that’s all the system permits them to do. They can’t prevent them from killing him as the State believe that a law enforcement officer is always right. This is why the American system is very bad. It prohibits citizens from assisting a dying man.
And to demonstrate that the problem is systemic, the police officers killed the guy, in the name of the state and the police, but to protect the system, they have to be fired. The state and the police have to prove they are innocent by cutting loose the guys. They don’t want the system to be indexed, so, the guys need to answer their crimes as ordinary citizens even when they killed the young man as statesmen.
In this way, the system remains authoritative, and tomorrow another police officer will apply the same rule to kill another black guy, in the name of the state and the police. So, if a state cannot protect it.
Posted by The iPriest at 4:10:00 pm