What to remember about the Nigerian Catholic Bishops Protest by Alisonomi 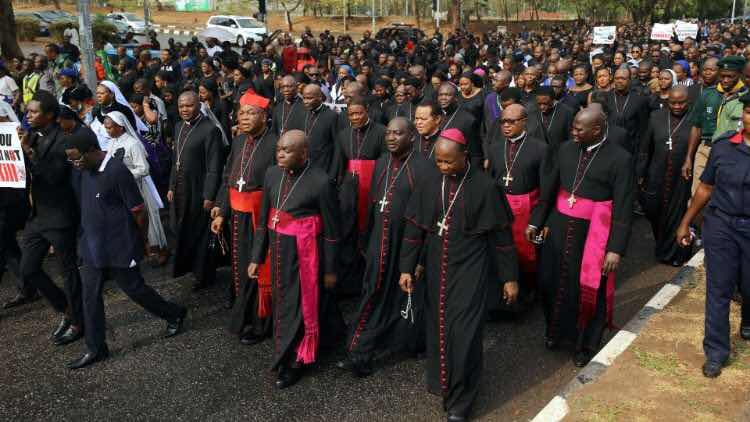 On the 1st March 2020, the Catholic Bishops Conference of Nigeria CBCN carried out a peaceful protest against the killings of Nigerian citizens. The peaceful protest was the second action the Catholic Bishops have carried out as a National Conference within this Lenten period. We remember that few days before the beginning of lent, the bishops asked Catholics, both within the country and in diaspora, to dress on black on the Ash Wednesday to mourn all our murdered compatriots. Though the initiative was largely observed, it was not as significant as the Bishops protest. 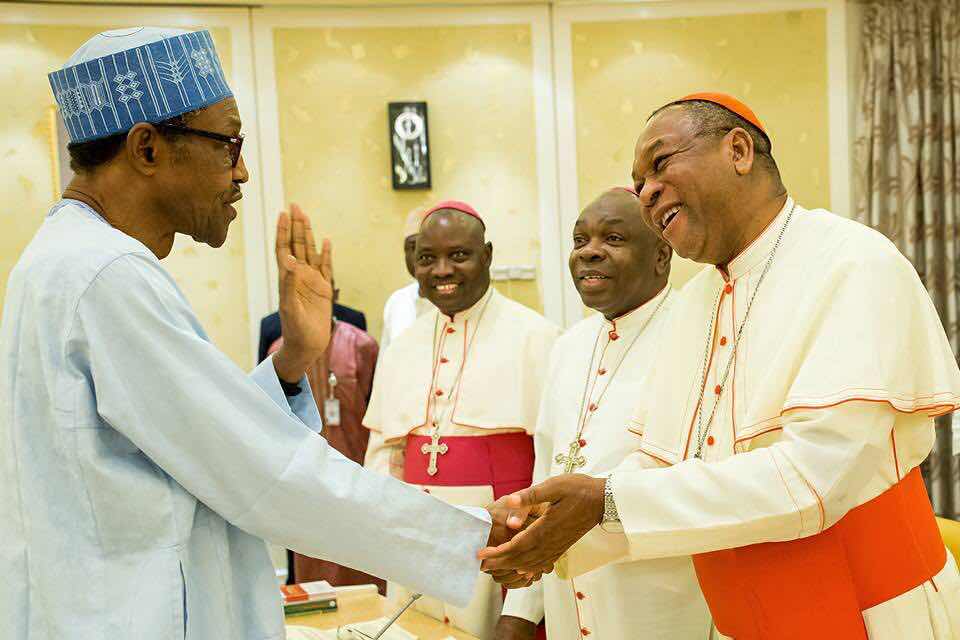 And even though the Bishops have been generally speaking against corruption and insecurity in the nation, their action has always been too mild to draw any significant attention. And even at that, it has always been only few Bishops who really speak out, and in certain occasions, when they are directly or indirectly touched by those ugly incidents
However, historically speaking, the Bishops have always tried to be involved. A good example is the prayer against Bribery and Corruption instituted by the Bishops in 1998 during the barbaric military regime of General Sani Abacha. Yet with the recent sporadic killings and kidnappings in the nation, the Bishops have come to understand that no one is safe in Nigeria. It has become so dangerous with the rapid escalation of Boko Haram and headsmen attacks that no one understands with accuracy who is actually the target of these rogues. This is why the Bishops decided to awaken our nation’s leadership from their slumber.
And to make it more significant, the Bishop started their 2020 plenary session with this protest. At the end of their peaceful protest end, Archbishop Augustine Obiora Akubeze, delivered a powerful speech. Here are the important facts you need to remember about his speech. 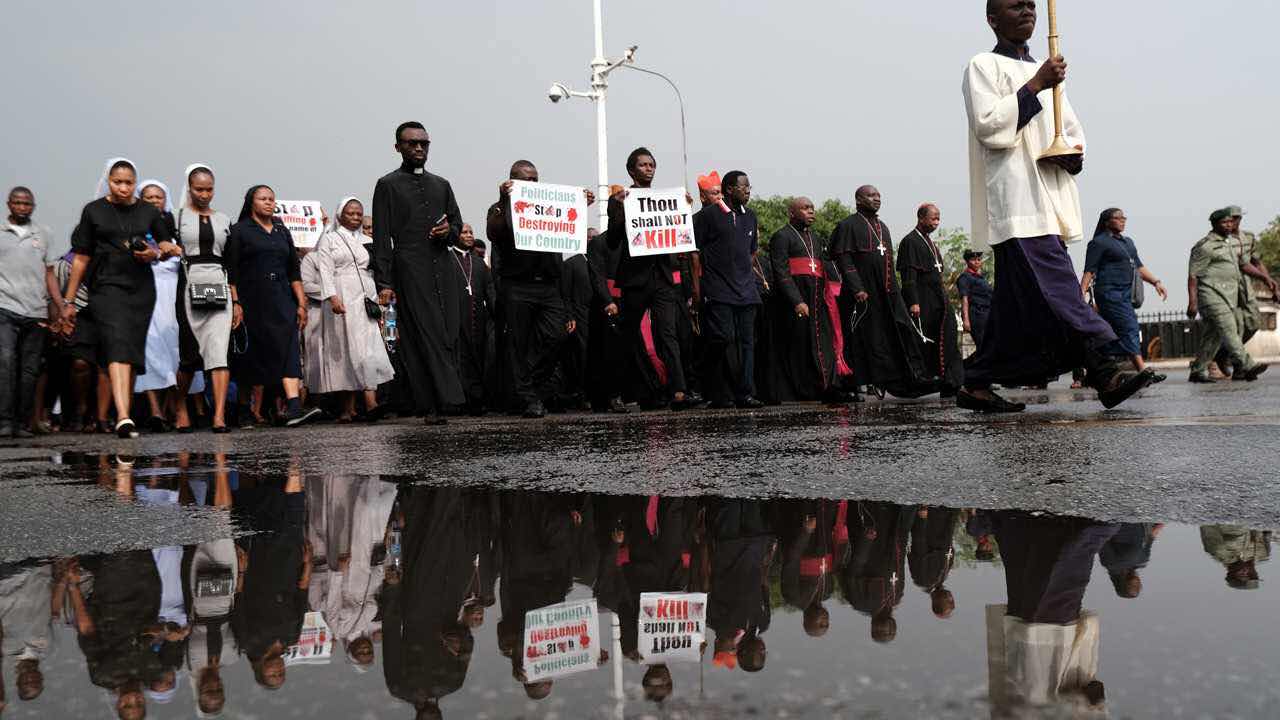 1.   The Protest of the Bishops

2.   2. A protest against the Killing of all Nigerians 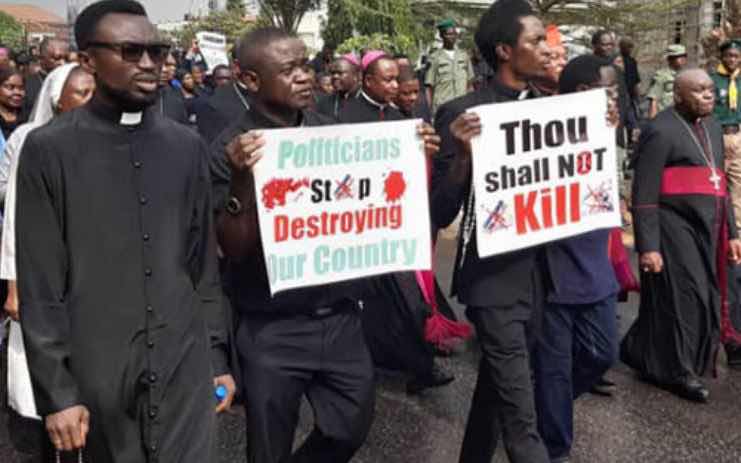 In the past, many protests were organized to protest the killing of a particular group of Nigerians. The organizers tried to, first, fight to protect the members of their own group and, if they are generous enough, they would include other Nigerians. But in this Bishops protest, the accent was on the entire Nigerian citizens, independent of their tribes and religious affiliations. It is a new development in sectorial organized civil protest in Nigeria.

3.   3. protest to task the Government to own up to her failures

The present government seduced Nigerians with their progressive manifestos as against pseudo democratic manifestos we have always seen in the past. The president claimed to have an answer to everything retarding our progress as a Nation.

But after a full mandate, it became certain that the regime misunderstood the situation of the country. All their promises seem to have been better thought than executed. And ashamed to own up to their failure, they have resorted to sophism. They play on words just to dissimulate their failure. And in his remarks, the Archbishop reminded the regime that what Nigerians want is action not speeches. He made it clear that facts on the ground proved all their claims to be totally wrong. He then urged the government to own up to its weakness and if possible, ask for an external aid to tackle our security and corruption problems. 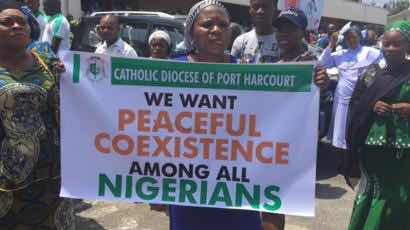 4.   A protest to remind the Government of her vows to the entire nation

One thing that has always been reproached to the present Nigerian president is either being consciously sectarian or ignoring its existence. On individual levels, many Bishops have condemned it in the past, but this is the first time the CBCN is condemning it as a body. They made the condemnation as their prophetic role.

“We pray daily for the Government you lead to bring Nigerians together and make every Nigerian feel that they are equal in the country irrespective of their ethnic or religious background.”