Learning the Secrets of Mission from Children by Alisonomi 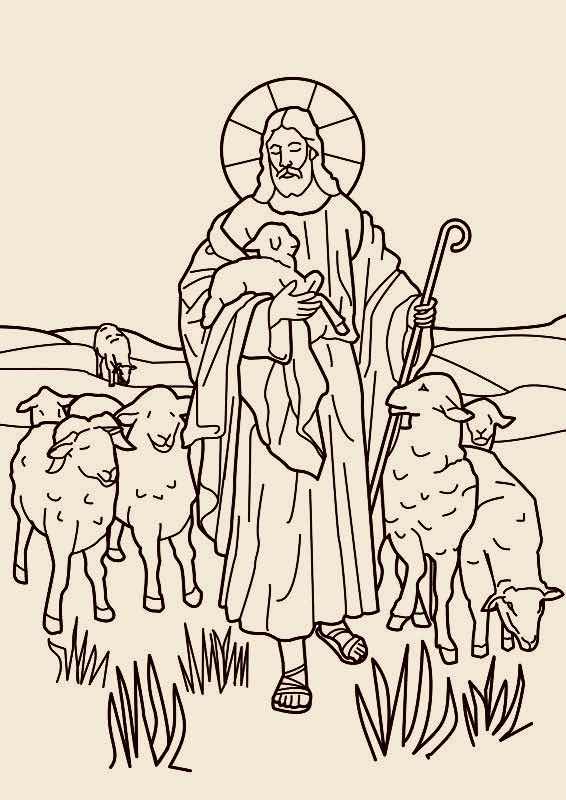 In a recent pastoral visit to a group of children in one of our missions, I opted to join them in their coloring exercises. On that day, they were coloring a picture of the good shepherd. Each child, I remarked, was concentrated on a particular aspect of the drawing. And while some were busy coloring the lambs, few other ones were instead adding other elements to the drawing. Some were drawing birds whereas others were drawing the Sun.

The group that added the Sun created more impression on me. I really could not imagine how little children of four to five years could, more to following the instructions, take the initiative of adding more complicated stuff like the sun to a good shepherd drawing. Seduced by their ingenuity, I decided to join the children in their exercises. All I wanted was to be able to be in their shoes to understand the source of their inspiration.

It was originally simply amusing, but I discovered that the exercise was not just fun but inspiring too. Stooping over a drawing with crayons seems to open up children’s hearts to a horizon larger than what adults’ eyes can grasp. Each layer of crayons placed on their sheet of paper connects the child to an imaginary scene, and each sheet of paper automatically transforms into a scenario larger than the image in front of them.

And in front of my coloring sheet, I had a beautiful faith experience. After two layers of crayons, I started seeing a scenario instead of a simple drawing. And I asked myself if simple pastoral gestures could also be translated into a missionary scene. Immediately, I understood that faith demands that we try to repaint the scenes of our stagnant missions.

Sometimes we inherit dwindling missions. It is left to us to stoop, and with our missionary crayons, repaint it to the missionary colors of our time. And if we feel that there isn’t enough air circulation in it, we could add some windows. But if the mission appears too dark and uninviting, we might need to add the sun, the moon and even the stars to the drawing. We need to permit ourselves some liberty as we find in children to personalize our mission, making it much more dynamic. Who knows if the mission is not sometimes like a drawing and our missionary life as fantastic children's coloring exercises?