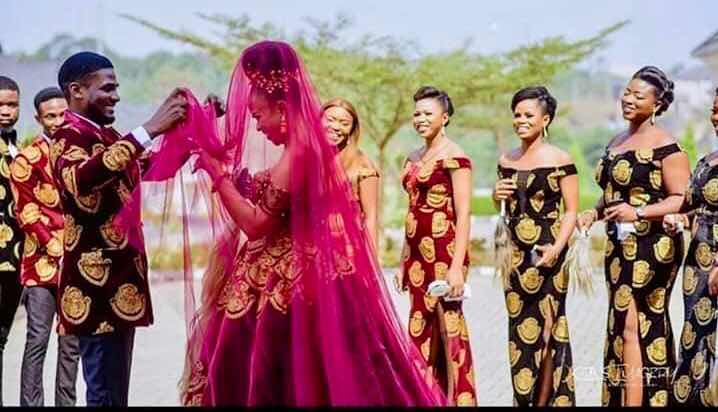 Usually in Igboland and many other parts of Nigeria, there are two marriage celebrations: the traditional marriage and the Christian marriage  (wedding). I have argued on several occasions on the superfluousness of this unnecessary and wasteful multiplications. What is required for the validity of a Christian marriage is the use of the so-called canonical form, i.e., a priest or a deacon (or even a lay person as the case may be), being present asks a man and a woman who are capable of marriage to publicly manifest their consent to marry each other and for that same priest or deacon (or lay person in case of necessity) to receive that consent in the name of the Church. But there are two basic challenges:
1. On the part of the ecclesiastical authority: marriage is a sacrament and it's celebration requires a rite approved by competent ecclesiastical authority just like the celebration of the other sacraments. The universal law of the Church concedes the authority to draw this rite to the Episcopal Conference. To the best of my knowledge, the Catholic Bishops' Conference of Nigeria threw this duty to its Liturgical Commission and CIWA. Of recent, the Catholic Bishops' Conference came out with a marriage rite which is but a reproduction of the western rite!!!  Thus, I don't know of any marriage rite in Nigeria which contextualizes the canonical form in the event of traditional marriage. This is a real challenge because the individual priests have no authority to invent their own rite of marriage.
2. On the part of the contracting parties: considering the hard grip on the conventional and the difficulty in loosening such a grip, many young people may find it difficult to accept this proposal even if the competent ecclesiastical authority approves a rite of marriage for it. The female party especially may mostly likely prefer the status quo.
*My own position:* to carry everyone along and to accommodate our preferences, I am of the opinion that we need a marriage rite that has three forms (instead of the two forms that we have now):
▪Christian Marriage within Mass
▪Christian Marriage outside Mass
▪Christian Marriage in the context of traditional marriage
Such a rite gives everyone the opportunity to make a choice. But as it is now, the first two forms are the only available options approved by competent ecclesiastical authority.
■NB: even from a moral perspective, one ceremony is more advisable. If we Christians teach that there should be no sex before Christian marriage and if we take it serious, why should a couple be put through the pressure of abstinence within the period between traditional marriage and wedding? After traditional marriage, they are considered as husband and wife and no one frowns at whatever they do: they fed each other publicly, kissed publicly, danced together publicly and she is handed over to him publicly but privately you say they should be watching each other like TV? Some try to keep to that but not without serious emotional pressures. It is not aqua rapha that flows in their veins but blood joor. Others do not mind the Church and her "impossible" teachings. I think is not enough to do armchair theology of teaching the morality of sex before marriage without taking any pastoral initiative to help Christians to observe the teachings.
Fada Ejiofor Asadu.
Posted by The iPriest at 4:08:00 pm