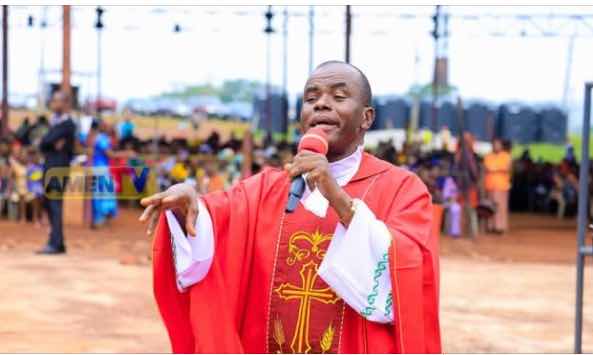 The supreme court of Nigeria gave a judgement, instead of evaluating it to know whether it is an act of justice or an unjust act, Nigerians are busy in a war of words against one another on whether a prophesy is fulfilled or not, wether the said prophet got his message from God in heaven or another god at Abuja? This war of words against one another is not necessary. The act of prophesy is a religious experience which is outside the domain of empirical sciences: only the prophet and his God or god know the truth. No functional country in the whole world is governed by religious prophesies but by men/women who use their brains to pursue justice and fairness. The fulfilment of a prophesy or not doesn't justify an unjust act.  I will give few examples from the new testament of the bible itself:
▪Jesus told Peter that he would deny him three times. Peter did deny Jesus three times- prophesy fulfilled but does it justify the action of Peter? No!
▪Judas Iscariot betrayed  his master and this was seen as fulfilment of the Old testament prophesy. Does this justify Judas Iscariot? No!
▪Pilate condemned Jesus Christ to die by crucifixion even though he knew that Jesus was innocent. It is seen as the fulfilment of the Old testament prophesy. Does this justify Pilate? No!!!
It follows that prophesy, fulfilled or not doesn't justify human actions neither does it make any country a better place: justice and fairness make a country a better place. So the question that we should be preoccupied with are:
1. Did the supreme court grant Hope Uzodinma Justice as the actual winner of the Imo State governorship election or is the judgement an imposition by the powers that be?
2. Do we have any hope that "the Hope" coming to Imo State is not the type of "Salvation" we had hoped for in the "messiah" of change in 2015? In view of this, can the people of Imo State make Hope Uzodinma to be a responsible Governor? The people of Imo State do not need the supreme court to do this.
Conclusion: Both biblical and extra biblical prophesies are always ambiguous/amphibolous and there are always disagreements about their fulfilments:
▪Till today not all Jews have accepted that Jesus Christ was the fulfilment of the Old testament prophesies about the Messiah.
▪Some of the quotations of the Old testament prophesies in the New Testament were altered to conform with the events the author wanted to prove as their fulfilments.
▪Prophesies are always amphibolous utterances fulfilled in the minds of those who either believe in the prophet or in the god of the prophet or both. E.g.. The Oracle of Delphi told Croesus, the king of Lydia, "If Croesus went to war with Cyrus, the king of Persia, he would destroy a mighty kingdom." Croesus went to war and was defeated, his own kingdom was destroyed. Was the prophesy fulfilled?  Yes, but  only in the minds of those who believe in the Oracle of Delphi. How? They could quickly interprete the "he" in the sentence as referring to Cyrus the king of Persia and "the mighty kingdom" as the kingdom of Lydia!!!
Let me give another example and stop. Another king whose name I cannot remember went to an Oracle and the Oracle told him, "Vai a guerra vincere non morire in guerra." (Literally: Go to war win not die in war). The king rejoiced and went to war. He was defeated and even killed. But for the believers in the Oracle, the prophesy was still fulfilled. How? They quickly interpreted the Oracle, "Vai a guerra, vincere non, morire in quera. Literally: Go to war, win not, die in war). The position of coma changed the whole meaning!
My dear country people, let the prophets be. Let them keep plying their trade and let their adherents believe in their prophesies. We have freedom of religion. But let us make our leaders to pursue justice and fairness: a functional country is not ruled by prophesies but by men/women who use their brains to pursue justice and fairness.
Posted by The iPriest at 10:13:00 am