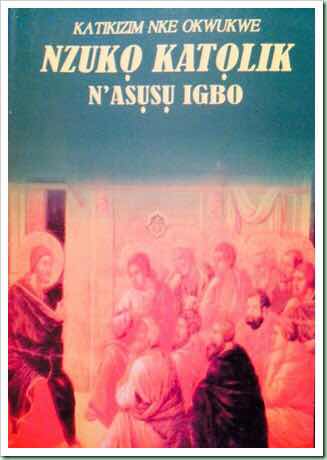 Whenever I say that our catechism book is outdated, people will say that I’m being hard on the subject. But, when I see how simple life facts are being ignored among Nigerian Catholics I wonder if we are living in another planet. Why on earth do we still hold on an old catechism based on old form of Thomism? The way we protect this scholastic inspired catechism manual makes me ask if the Vatican II reform has ever been applied in Nigeria? Don’t tell me about saying masses in Nigerian languages!
Let me state straight clearly that the catechism is, in itself, not bad per se, except that it is totally disconnected with our own Nigerian context and unsuitable for the age and the formation of the kids to whom they are made for.
And apart from the annoying and non realistic scholastic approach to God questions, some of the teachings on the seven sacraments are seriously wanting.
Take the people’s ignorance on religious vocation and marriage as example.
A young lady who tried out her hand in religious life and got married afterwards is becoming a national issue and everybody is beating around the bush like it’s a scandal. Even people you would expect to know much can’t even understand such a kindergarten facts after attending two or three years of catechism classes and uncountable Sunday evening teaching programs.
What about our relationship with ex-seminarians? It takes an average of them a lot of time to convince their families and friends that it’s normal to get out of the seminary if one is reoriented or decides that one is not called for such form of life. 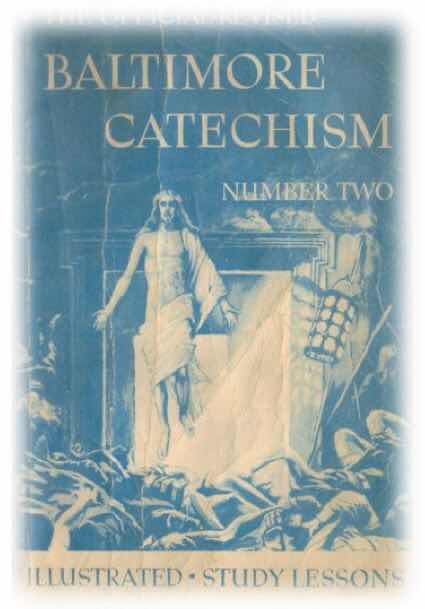 The consequences, we all know too well, is the fight to become priests or religious at all cost. We see “fake congregations” sprouting out on daily basis to accommodate those who cannot face other forms of life except being priests or religious at all cost.
Let me repeat it here! Nigerian Catholic Church should wake up and scrap that 1830 catechism manual and replace it with something real and actual.
And I really don’t mean that the topics are bad, No! They are too good to be useful to our society. They ignore entirely our societal experience of God and our church engagements in the context of the 21st century Nigeria.
The educated Catholics and here I mean those with theological formation are living on an exoplanet. Instead of teaching the people what they should know we prefer getting them drunk with what we should know. We take joy in seeing them crawl back to us on their knees anytime they are faced with existential questions. Where is the “teach them how to fish” axion in our cultural knowledge system?  This way of leading is called selfish, if you ask me.
Posted by The iPriest at 9:38:00 am