A Paean to one of the unsung Heroes 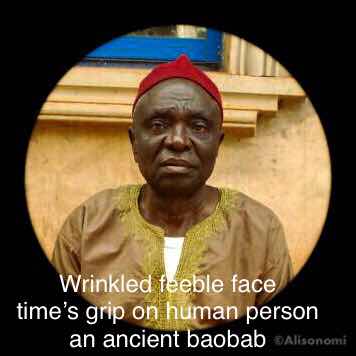 This is a paean to my unsung hero
Which I cannot write with a biro
For it is too sacred to pen down
The story of a hero with no crown
My hero fought no national war
Nor his fame from lots of tour
But he is a hero not to overlook
For the lots of risks for us he took
Born and brought up in hardship
In a society with zero sponsorship
He solitarily beat destiny to trance
Halting our own hardship in advance
Not too learned for today’s standard
But enough to have our life empowered
And was for his generation educated
As their school system wasn’t complicated
It was still at the arrival of the white men
When formal education wasn’t open to women
In villages where two balls determined all
And yet no feminists to alter their call
With a sick mother and old father in his care
He took the bull by the horn without scare
And combining school with house chores
He even came out victorious like a matador
As the pride of their single-child household
To him laid the duty to write their story yet untold
Stories no one will read in the novels or journals
In a society that ignores heroes not in the annals
But today, I have to inscribe it in a poem
Though I would have wanted it as a hymn
To be sung to they who today loose hope
Waiting lackadaisically everyday like a mope
Or they that think the society is hopeless
As if it just shortly turned meaningless
When our heroes past faced the combats
With barehands and often in acrobats