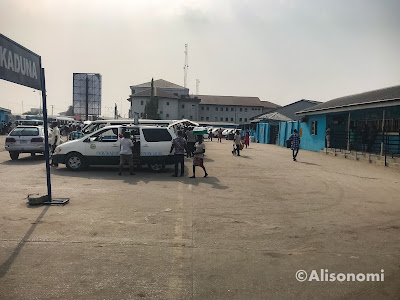 Have you been to the RTC (Rivers Transport Company Ltd) park in Port Harcourt? If you have not yet been there then you are missing a rare sight in Nigerian Motor Park History. One can literarily eat from the ground in that Port Harcourt motor park. If one wants to understand better what I mean, one should simply try taking a look at any motor park in Nigeria. Cleanliness is one of the rare words one can find in their dictionary.
But this very park is particular. More to numerous dustbins placed in every corner of the park, at every waste unknowingly thrown on the ground, there are two cleaners struggling to remove it. It’s so glaring that those who care for that, might even be tempted to see the park, almost “unnigerian”. Brief, from my personal perspective, the park merits a kind of award to encourage other transport companies and localities to emulate that great job.
But curious enough the ITC (Imo Transport Company Ltd) park opposite to it is so different that one can see them as day and night. The RTC Port Harcourt is so organized that even their car arrangement is really something you hardly see in any ordinary Nigerian motor park.
However, their knowledge of business still runs on the windows 97. They still do not really grasp the power of social media. And the consequence is that they are still suspicious of all those who take picture of their park. Initially I thought they were of the opinion that the person might take the picture to a native doctor to hex them, but what I later discovered blew my mind.
When I arrived at their park, I quickly discovered something was odd. I took few moments to recover from that sense of what’s going on here? I was like, am I at the right place? Is this a (Nigerian) car park? In fact, I was so moved that I wanted to do one of those things I like doing to make this park known to the public. I wanted to take a 360° picture of this park to make it viewable on the Google Map. But once I started, I saw two men approached me asking me to stop taking the picture of the park. Being used to such reactions in our lovely home, I simply stopped and tried to explain to the security men what I was really doing but though they seemed interested, they thought the manager would be better placed to take that decision. I was like, are we really in the 21st century ?
Few minutes later, the manager approached me wanting to understand my “dogo trinchi” - long grammar. I took my time to show them few of my over 430 different 360° pictures. I tried to show them how Google professional photographers and in my case with over 4.5 million views and trusted by Street view make places visible to the whole world just by simple clicks on the Street View app, but their system was still booting so low to comprehend my stories. I even went as far as showing them some of the pictures I took in different continents and how through a simple click one could have a tour of their park sitting in ones Kampala office but to no avail. When I finally discovered that we were not speaking the same language I gave up and just let them remain in their analogical age.
I later asked myself what is the essence of trying to convince those who are not interested in making their business known? And I thought it would great to underline the fact that there are so many beautiful and successful stories in Nigeria which are not selling enough.
And I share this here because I feel there is need to encourage young Nigerians to understand that social media is not just about Facebook, Instagram and snapshots. Google, for example, has so many beautiful applications that could do great service to our society. All those who know about Google Map know that Nigeria still has a lot to do on that platform. Any slightest correction you make take ages to be approved as there are no much local trusted contributors in that area. We, Africans, in general, and Nigerians in particular need to tell our stories if we don’t want others to do that on our behalf.
Finally, it would be fun if someone let the RTC see this and better still understand that making their park more visible on the Google Map and other social media platforms would be a very important business advantage to them.