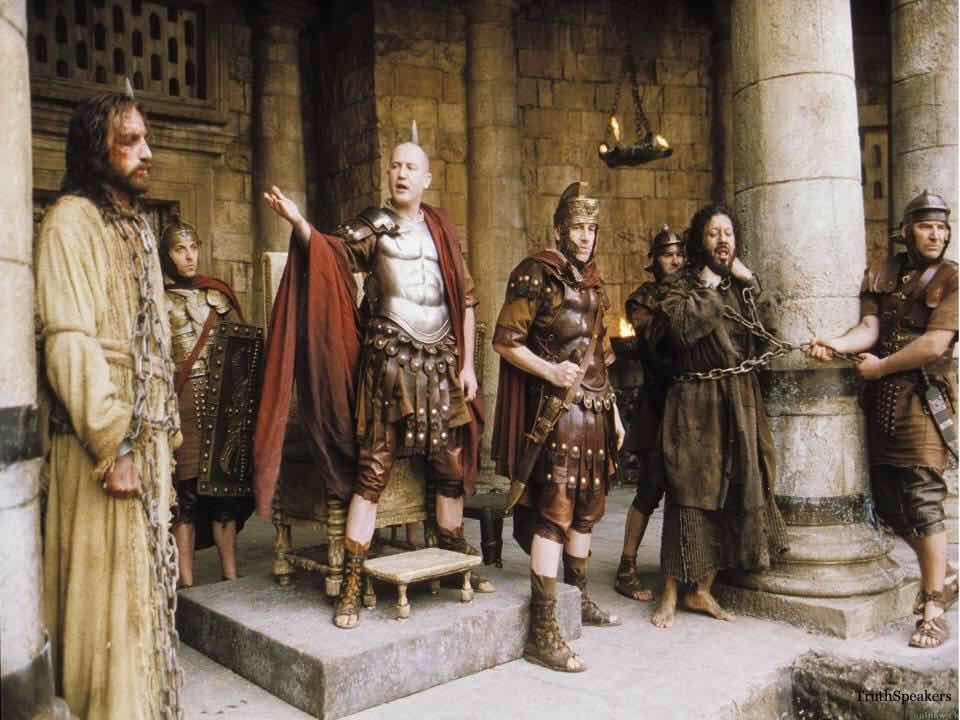 Are you the King of the Jews?
Asked the exasperated Pilate to Jesus
For in his appearance was nothing of royalty
And so deserved no time of the romain officer
Is that your own idea or that of my compatriots
Asked the intrepid and undaunted Jesus to Pilate
Of coursed I’m not blind to take you for any king
Remarked unflinchingly the roman representative
But what crime did you commit, you poor fellow
Why are your brothers and sisters forcing you on me
Why against you teamed up even the religious leaders
What type of King do they say you really are
Of course replied Jesus, my Kingdom is of another type
And it is, actually, neither in this world nor of this world
For if not so, my subjects would have surely intervened
But my kingdom is not from here but from another place
So you are a King then, exclaimed Pilate
You said that I am a king, replicated Jesus
But for me, I was born to testify to the truth
And everyone on the side of the truth listens
What is the Truth retorted the sceptic roman officer
But the queer Jew had no clue as to why the sceptism
Which infuriated all the more, Pilate, the roman officer
And to the Jews he registered the craziness of this ordeal
Listen to me, you subjects of Rome in Jerusalem
I find absolutely nothing incriminating against this man
But according to the custom, in Passover time, a prisoner is released
Should I then release to you this your self-proclaimed King of the Jews?
But his compatriots to fulfilled the scriptures
Which prophesied the rejection of the son man
Shouted in a unanimous voice to Pilate
Not him, not him ! Give us Barabbas - the trouble maker
— Thus spoke Jesustraphilia
Posted by The iPriest at 10:24:00 pm