Sociocultural Symbiosis between Music and Nigerian Society : Bank Alert of P-Square in question 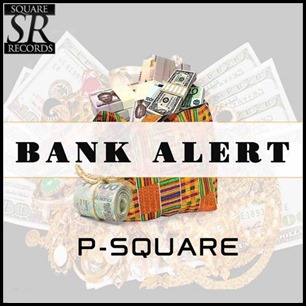 Nigerian musicians are full of surprises. They sing in all sorts of languages, ranging from the vernaculars, through pidgin to well-polished English. But what is easily ignored is that there is a symbiosis between their music and our social norms. They interact in such a way that each one of them influences the other. The society tries to adapt to what they propose to her and the musicians also try to adjust their music to what is observable in the society.

As a matter of fact, every music depicts one reality of the society. When the music imitates the society, then the society becomes the symbiont that acts on the music industry but when it’s the contrary, then the music becomes the symbiont. But what is important is that in symbiosis, each organism is necessary for the survival of the other. Nigerian society would then have been something of the past if it is not transmitted through literature or music. And Nigerian music industry will never attract any attention if it does not imitate what the society proposes to it.

However, the problem is that we have come to a generation where musical consummation calls for no questioning and critical analysis. All we care is whether the tune is danceable or whether the wordings follow the dictates of our different religious affiliations. Few are those who question the sociological effects of what we are served in the dishes of our national musical menu. However, it is necessary to indicate that I’m against sanctioning of certain music because they do not comply with my religious doctrines. I believe that as long as a musician does not attack our national unity or human liberty, she or he is right to sing what he deems right. But it is also the duty of literary critics and sociologists to analyse the effects of such music in the society. It is our duty to be sure that every consumer knows the content of what he or she consumes. This is why the Bank Alert of P-Square drew my attention.

It is a very powerful cultural music. Its tune is really charming and the personality like Mr Ibu and Chika Onwenu that featured in the music also gave it a national awareness. Its settings are also of a very high quality. And the number of participants in the video setup is also thrilling. But what almost every listener of that music seems to ignore is the real message it conveys. 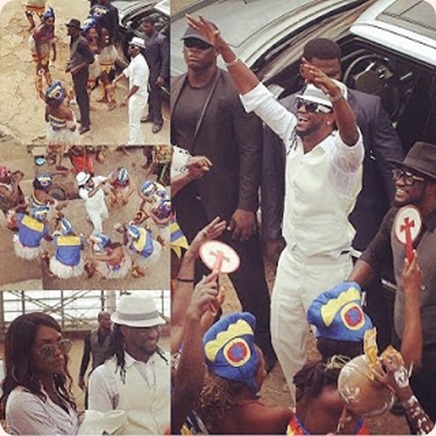 A careful listener will observe certain serious sociological issues that the music is trying to portray. The first is the serious issue linked with the father figures in Nigerian society. At the beginning of the music, we observe how the father of the lady is seriously deciding who the lady should love. And even though the mother was present, she was silently observing like an outsider the fight between the young lovers and the alpha male who thinks her daughter is a private property that you cannot trespass without his express permission. Of course, it looks theatrical but we all know that it’s a reality that many young and mothers go through on daily bases. So, in Bank Alert, P-Square did a good work of denouncing this wrong social norm.

The music also portrays how the Igbo culture has been transformed by our quest for wealth. The Igbo used to say that ‘ezigbo aha ka ego’ – a good name is better than money. But the reverse is the case today. No one has a value in Igbo land today if he or she is poor. It was not always this way. Back in no distant years, the teachers, though not the richest in our society, were the most respected folks. ‘Nwa teacher’ – a teacher or the son of a teacher – was not pejorative as it appears today. They were respected for their role in the society. But today, the politicians who in many cases are those that were really not the best in their society are now the role models for the younger generation. This is one of the reasons I think that ‘Bank Alert’ sings the glory of wealth.

The worst is that it does, just like many other ones, make every youth to think that going outside the country is synonymous to making money. Imagine what a young boy who takes to heart ‘Bank Alert’ will grow up thinking. If he could just in five years of going abroad make such money which suddenly made him the greatest in the town, why wouldn’t every young ambitious young person want to make the same trip? So, another problem with Bank Alert is that it portrays a wrong image of what success is all about. It shows how our society has exchanged the value of ‘Ezigbo aha’ with ‘Ego’ – Good name with money.

It also goes a long way to denounce one of the areas where corruption is gently crippling into our society. There is a lyric that returns severally ‘Ka anyi je na nke bishop na ego adigo’ – Let us visit the bishop for we have money now. This innocent phrase is denouncing a very serious religious aberration in Nigeria. It shows that approaching a bishop or any serious religious leaders in Nigeria demands that the individual possesses wealth. Anyone can argue for or against it but there is no smoke without fire. And we all know quite well that he is not singing for singing sake. The phrase tells a very important story. 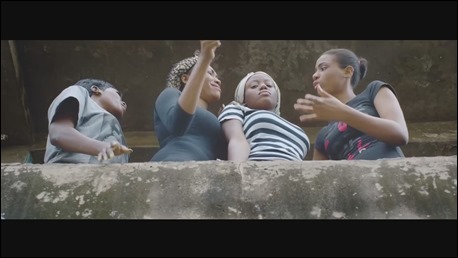 Another area that Bank Alert reveals a serious sociological fact which I appreciate much is that, contrary to the popular saying in Nigeria that women like money, the wife to be, unlike her parents, did not run to him at the first sight. She took all the time necessary to show that love still mattered to her. Unfortunately, the reason that Bank Alert gave for proposing to her is questionable. Though the guy says he loved her, his arguments are about his wealth – his bank alert na gbagam, his cheque no dey bounce, his mansion na padam. Those are unfortunately our present day societal norms and even though they are really not positive, no one asks question about them.

To conclude, Bank Alert, just like every other Nigerian music depicts the extent of interaction that exists between music and social norms in Nigeria. They also go a long way to show how far our societal values are being transformed on daily bases. And it falls on Nigerian intellectuals to join in this crusade that, though unintentionally, is bringing Nigeria to another stage of our social reorganisation and cultural transformation. Brief, musicians are members of the society and though they are influenced by what the society feeds them with, they also, on their own side fashion the way the members of the society appreciate their cultural values and norms.