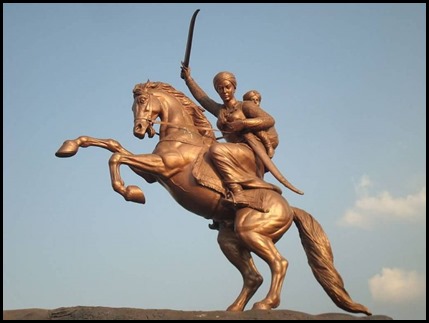 Women have always been from the ab initio indexed. In the history of the creation, it was said that she was created with one of Adam’s ribs. And to mask the situation, the hagiographers made Adam cry out, “This is now bone of my bones and flesh of my flesh; she shall be called ‘woman’, for she was taken out of the man.” In this very culture, the woman was just but a helper necessary to the man who couldn’t find any suitable helper among the animals. Lucky enough that we have learned not to read the Bible literary for it would have been a scandal to have a creator who sees nothing important in the creation of woman other than to satisfy the ingrate Adam.

In Ancient Greece, the situation was not better. The opposing stands of Aristotle and Plato are good examples of that. At the morning of the Athenian philosophical culture, women had not yet crawled out of the cave which the Hebrew and other ancient cultures had caged them. They had no right to authority and could not even attend formal education. Unfortunately, at the demise of Plato, Aristotle, one of the greatest thinkers ever lived, fall into the trap of his own combat. He denied the women the right to formal education placing them not far from the slaves. He closed his eyes to the teaching of his predecessor, Plato according to whom, if well-educated, women should be among the philosopher kings (Queens). And even though there have always been very important women philosophers, as early as the time of Socrates, their memory remained in the background when not in oblivion. 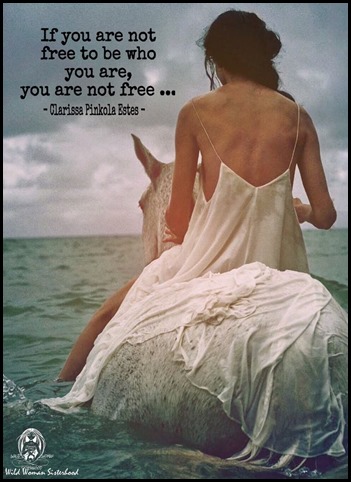 During the medieval era, women were once more systematically made to exist as auxiliaries when they were not persecuted. Today, mainly in the western society, a lot has been done to ameliorate their situation. But of course, a lot must be done again for women to have the same right in a world that is not only meant to be for the men. It is, however, necessary to remind ourselves that it is not like women asking to be respected is something extraordinary. It is just a right they should have like every other individual created by God. It is just their fundamental human right that is being denied.

However, in our own society - African in general and Nigerian in particular, already before the arrival of the western and eastern religions, we, just like every other society, accorded little or no position to women. They were meant to raise kids and nothing but that. Their position was to be in the background and assure that men are well served. And even in those African societies where women had a place, the eastern and western religion got rid of them too. In Northern Nigeria, for example, Islam quarantined women and made them second class citizens. And in the West, South, and East, a colonial form of Christianity perpetuated the norms of the society. Their Christianisation program which took little or no interest in the promotion of people’s culture phased out the little liberty that few hard-hearted women had in those regions. They were regularly reminded that they should respect and obey their husband but the later was never told that respect and obedience are reciprocal. The traditional religion was not also women freedom-friendly. It had unwritten rules that subjected women to unnecessary rituals and norms.

And in the face of such systemic religious motivated women exclusion, the society forced the women to desert the public arenas. They were slowly made to disappear. And in the name of being good wives, they became objects of decorations, appearing just to please their husbands and always sanctioned for any slightest infringement of those rules that men think not twice before breaking. And in the name of good manners, they also ended up inventing laws that seriously alienated them.

And even among themselves, they feel it is normal to make life hard for themselves. A good example of this is observed among female religious groups. They make unnecessary laws to checkmate one another. And this continues to be perpetrated among them today.

And in households, women train their little daughters to be submissive. “Sit down like a girl or dress like a girl,” they continue reminding them throughout their young age that they grow up forgetting to be human. And in many cases, the society breeds them for only one single objective – to be wife materials – as if being a husband material is inherent to the genes of men. And even married, many of them give up their careers and dreams to satisfy the society. Many are assaulted and even aggressed by their husbands, pastors, priests, professors and their superiors but being the product of their society, they are trained not to complain but to obey like a sheep being led to the slaughter. And at the death of their partners, they are subjected to ordeals by their fellow women whereas men even before the burial of their own partner begins already to plan for their future.

Nigerian women, I think it is time for you to get rid of this chain that keeps you down. It is time for you to appropriate this declaration and recognition of your feminine identity that this brave Innu Poet, Natasha Kanapé Fontaine is prophesying: « A voice resounds in me and transfigures me. The world waits for the woman to return to her original state: standing straight, strong woman, revived woman (and I add, a transfigured woman). A call awakes in me and I have decided to say Yes to my birth. » For though you were told in the book of the ages that thou (women) should keep silent because thou aren’t permitted to speak in the assemblies, but ought to be in submission. And that if there is anything thou desire to learn, thou should ask thy husbands at home. For it is shameful for a woman to speak in the assemblies, I say to thee, never thou keep silent, not even in the assemblies but thou should cry out loud, and if there is anything men wish to know, let them ask thee in the public.