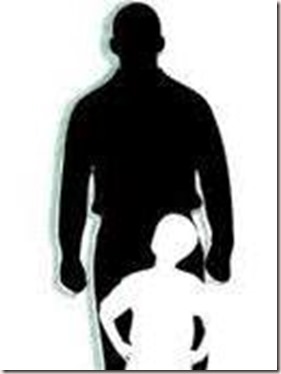 In my last publication, I affirmed that « religion is the real problem of Nigeria ». And during a Facebook discussion on the topic, a friend, Ezeiyoke Chukwunonso, raised an issue that has preoccupied my mind for a very long time. He said,

« I do think that we have a lot to talk in the case about our upbringing, the father figure whom we deem to be absolutely infallible. I think we end up as grown-ups see this unchallenged father figure in whatever authority is above us, that they are always right. I think if we need radical critical minds, we should foremost change and challenge the toxic patriarch structure of Nigeria. »

This was, to me, like an epiphany. And like a revelation and an inspiration, all together, the observation appeared. And thus, I decided to continue to attack this system called Nigeria. Note that I have not changed my point of view on the toxic effects of religion as it is practised in Nigeria. On the contrary, my attack on the cult of the father figure is also an attack on the religion.

The father figure is not just a concept but a reality. It is generally said that young girls admire their fathers and boys, their mother but no one says that both are shaped, nay, are disfigured by him. But our preoccupation here is not just a psychological aspect of the child-father relationship. It is rather, its sociological aspect in the Nigerian context. It is primordial to explain that Nigeria is generally a patriarchal society where the whole family and community life rotate around the father or better said, around the male A lphas, to apply a controversial ethological term. 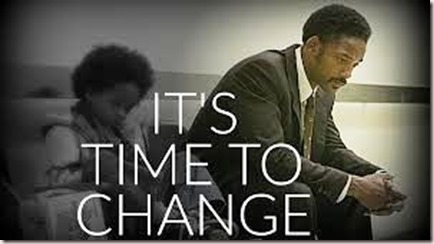 The problem of growing up in a society like ours, where the father figure is sacred, is that you would always end up either loving your dad so much or hating him so strongly that it affects your future, undoubtedly, in a significant way. If you over-idealise him, you will end up having issues with any paternal figure who does not act exactly like him. But if you detest him, you will hate with passion anyone in the position of authority.

The dominant father figure in Nigeria is the authoritative one. Those are the fathers who turn their family into a military barracks. They instil a very strong fear in their children that they grow up never contradicting any authority. The worst is that it is a social norm. The major problem might be because Nigerian men get married generally late and have developed a generational gap already by the time the child starts growing up. Our men are also too busy and to make up for their regular absence or less parental presence in the life of their children, create a ghost that rules the family, even in their absence. It is just enough for the mother to tell the child that he will be informing the father of his or her misconduct for the child to redress him or herself. This means that before a child comes to the age of reasoning, he or she must have developed a pathological fear of his dad which makes it impossible for the child to have an independence almost all his or her life.

Father figures, it is necessary to say, go beyond the biological setup. In average Nigerian social setup, a child is never allowed to contradict an adult, even when the adult is wrong. ‘Children do not speak in public,’ they will always remind them. Father figures are also so present in our institutions that teachers are always right and religious leaders infallible. To these forms of father figures, I will come back in the future.

It is sufficed to say that the adage, ‘youths are the future of tomorrow’ has no sense in Nigeria as youths never have, strictly speaking, any real opportunity in the planning of their tomorrow. And because of these facts, even as adults, we never have the courage to challenge the authority because the fathers are always right.

It is, therefore, time that we kill the father figure, not by degrading the adults, but by having our say in the preparation of our future. Brief, though “You were told by the Zarathustra of old, lo, I teach you the Superman: he is that lightning, he is that frenzy! I say to you, lo, I teach you the Oedipus: he is that father killer, the ideal counterculture hero that you lack most. But hope not that he has come to marry his mum, for she is the next target on his list.

Ali C. Nnaemeka (mekaalison@gmail.com) ''The truth might be hard to say, painful to bear or even drastic for the truth sayer but still needed to be said''. Alisonomi