The «Twitting Priest» of The Native Inter-Band Games 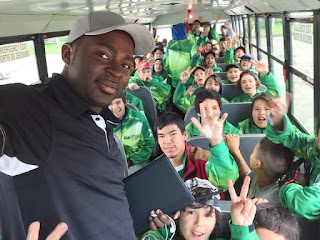 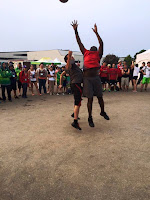 Between the 1st and 11th July, 2015, I took part in the native inter-band games, (J.A.I.B. 2015). The competition of this year took place in the Innu community of Mashteuiatsh, (Pointe-Bleu). I participated as a member of the delegation of Uashat mak Mani-Utenam - my community of residence -. The J.A.I.B. is a sports competition among the youth of first nation communities of Quebec: Among the Innus, the Cris, The Abénaquis, the Algonquins, the Attikameks, the Malécites, the Micmacs, the Naskapis, the Hurons-Wendats, the Mohawks etc.  I went, first as an assistant Basketball coach and one of the supervisors but also with the intention of continuing my integration among the first nations. 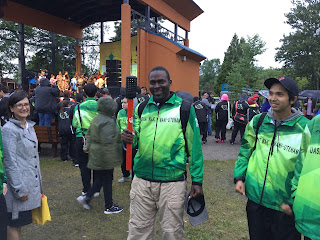 This  year’s competition was attended by 950 youth and 250 supervisors from 15 first nation communities. This fraternal competition was really a gathering of indigenous peoples and cultures. 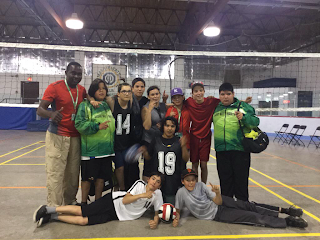 My presence, first raised the curiosity of the participants and especially of the younger ones who could not, at all understand the idea of a black native man who, to top it all was is a priest living in Quebec. But as time went on, many of them approached me to know more about me and what surprised them most no longer was my origin but my vocation.  They could not understand, not only the presence of a young Nigerian priest who was also a basketball player. Many ventured to confirm my identity with the members of our delegation before accepting that I was a priest. While some were curious over my identity as a priest and a basketball player, others were amused at my passion for the social media, and seeing on my Twitter account (@aTweetingPriest), were asking «who is this Tweeting Priest»?

Ali C. Nnaemeka, OMI (mekaalison@gmail.com)
Twitter: @aTweetingPriest
Facebook: Ali C. Nnaemeka, OMI
''The truth might be hard to say, painful to bear or even drastic for the truth sayer but still needed to be said''. ALISON.
Posted by The iPriest at 11:58:00 pm