The Biafran Saga and The Rest of Us 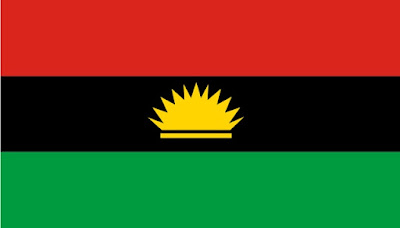 All those who follow the evolution of opinions in Nigeria these days must have understood that one of the trilling subjects among the Igbos in Social Media platforms like Facebook, Twitter and the types has been the question of Biafra. A topic worthy of consideration. The bone of contention has been the propaganda that the Igbos are marginalized in Nigeria. An argument that always ends up in invoking the Biafran War.
The problem with this new crusade is that the supporters are either unaware of what really took place during the Biafran war, as they were either not yet born during the war or still too young to remember it, or very far from the Nigerian shores. Their arm of war has been the Internet where they reach their young audience through the Internet Radio, Twitter, blog, websites or Facebook accounts.
Of course, their claims are not all false as their seem to be a kind of negligence in the areas of infrastructural developments in this area of Nigeria. Abandoned projects, dilapidated federal infrastructures, many unemployed youths and and neglected federal roads. But the question is why not follow a diplomatic chanel?

One of those questions that the propagandists have failed to answer is why the Igbos who are said to be marginalized are the only tribe who can be found in every nook and cranny of Nigeria? Why do we feel marginalized when we are welcomed even in the remotest part of this nation? How could it have been possible to have Igbos occupy political posts in other regions of Nigeria if we are as discriminated as we claim to be?
And if at all these claims are true, why don't we make our voice heard through our elected leaders? What are our senators and representatives doing about it? Some claim we are marginalized in admission into universities. My question is who are responsible for admitting students into the Univesrities in the region? Does the federal government impose northerners and westerners on us in those universities? How have we been able to hold on our state governments to account? How is the allocation that comes to the states spent? The federal government instituted the minimum wage to be 18 000 Naira, are they implemented in our states?
This is where our crusade should start. If the Biafran propagandists really love our people, they should start by educating the people on their rights. They should enlighten the masses on holding their elected representatives accountable.
This is preliminary in any form of autodetermination of a people and not inciting people to fight a democratically instituted government.
Ali C. Nnaemeka (mekaalison@gmail.com)

''The truth might be hard to say, painful to bear or even drastic for the truth sayer but still needed to be said''. ALISON.
Posted by The iPriest at 10:34:00 pm