Pierre Nkurunziza And The Rest Of The Burundians: the downfall of a once-respected-gentleman 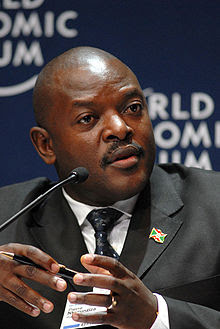 Born by a one time member of the Burundi parliament and governor of two provinces, in an aristocratic family of Bujumbura, Pierre Nkurunziza became a lecturer in his alma mater, the University of Burundi. But at the wake of the Civil War in his country Burundi, and precisely after his University was attacked in 1995, he left his post as a lecturer and joined the National Council for the Defence of Democracy, (CCND-FDD) as a soldier. His evolution was so tremendous that from the post of the secretary, he became the chairman of CNDD-FDD, the presidential Candidate and the President of Burundi in 2005. Unfortunately, after two mandates allowed by the constitution of Burundi, Pierre Nkurunziza, who in the past has won many awards among which is that of good governance has decided to join the group of power usurpers that mares the African politics.  He opted to contest for a third tenure by modifying the Burundian constitution.

However, just like another Igbo adage has it that «who brings in an ant infested firewood invites lizards to his house»  Pierre Nkurunziza, has unknowingly started turning his own country into chaos. Already more than twenty people have been reported dead, thousands already crossed the boarder to the neighbouring countries, a serious division among the army has been created and the security of this country gotten with the blood of many citizens including his own father and brothers’ has been jeopardized, And the recent putsch attempt by a former member of Burundi intelligent agents, should have been a serious handwriting on the wall for him but, from all indications, he has been blindfolded bye his personal desire and power intoxication. 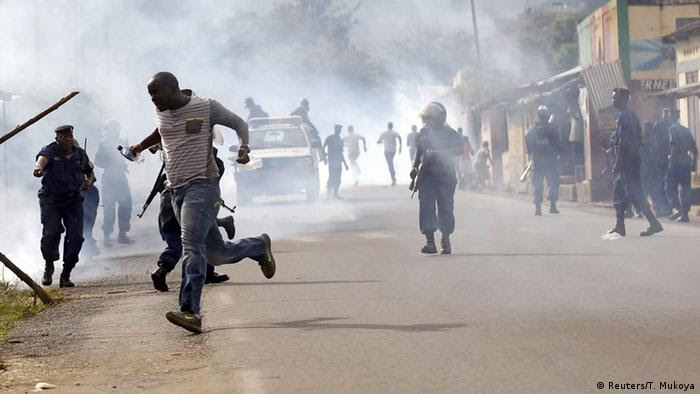 But what he has failed to understand so far is that he has lost the ground. For even though he can still hold on power, the rate at which the youths, old men and women are manifesting their opposition to his government, shows he can no longer enjoy their support. He has lost the general acceptance of his power and authority.

Unfortunately he has continued to obstinate even when all his foreign alleys have told him to step aside. Even the joy of the Burundians at the announcement of his destitution shows that he is at the edge of his political career. In fact, the earlier Mr Nkurunziza accepts that his days are numbered the better for him and his fellow Burundians.