Thursday After Ash Wednesday: I Set Before You Life And Death 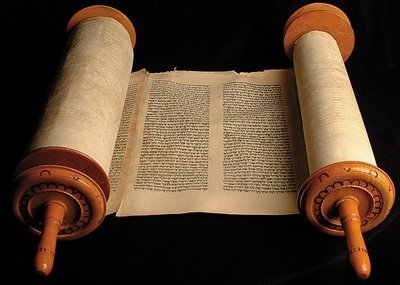 The Tora contains 613 Laws given to the Israelites in different moments of their journey to the promised land. These laws were different from the 10 commandment received by Moses on Mountain Sinai. Each of the 613 laws, however, can be traced back to the 12. Their appearance, were historical. Each came as a response to a particular concrete situation of the people. They came either to correct a particular difficulty or give directions to follow in a particular circumstance. This is why St Paul calls the law a pedagogue, a disciplinarian in Rom. 3:24. They were mainly moral or ritual laws and served as models of conduct in both religious and social spheres. In another words, they were to guide the steps of the people. Living them, therefore, means following the right direction to life.
No wonder in the first reading of today, Moses tells the Israelis that they have before them both Life and death. That as they journey to the promise land, the same rules which has led them through the desert apply. If they must live, they must learn how to respect each other, to keep a proper hygiene, to have a proper eating habit, to keep good relationship, to respect their environment etc. As a matter of fact, God was like letting the people understand that their future was in their hands. That if they manage it well, then they live but if not they reap the consequence of their action.
A good society, therefore, depends on a collective acts of each member; the way they act, respect each other, involve themselves in the development of their society, entertain a good relationship with the cosmos etc. This was the objective of the law. It was never meant to suppress man but to give him opportunity to enjoy the universe.
This is also what Jesus expresses in the Gospel. He gives each person the possibility of choosing what is right. He expresses it in terms of Cross – «Take your cross and follow me». He did not say, take my cross and follow me. In another words, if we agree to live in function of collective good, if we accept to act just like him, to suffer, not because of our offense, to be condemned, not because we are wrong, but because we love each other, then we will resurrect with him.
Lenten period is a moment of choice making; choice between prayerful and loathful life, between fidelity and infidelity, between good and evil. The choice is always ours and God will never impose it on us.
Ali C. Nnaemeka, omi
Posted by The iPriest at 2:52:00 pm