Do You Want To Know Whom You Are? Look At Your Shadow

Can you still remember the first time you discovered your shadow? It is sometimes a very terrible experience. There are different reactions attached to such discovery. While many would want to run away from it others would want to eliminate it. The irony is that none of those two technics works. The faster you run the closer it comes. The more effort you make to eliminate it, the more imposing stature it takes.

I understand you have never carried out the experiment but an old adage has it that you can never be faster than your shadow. Kids are champions in this struggle to either overrun their shadow or eliminate it. 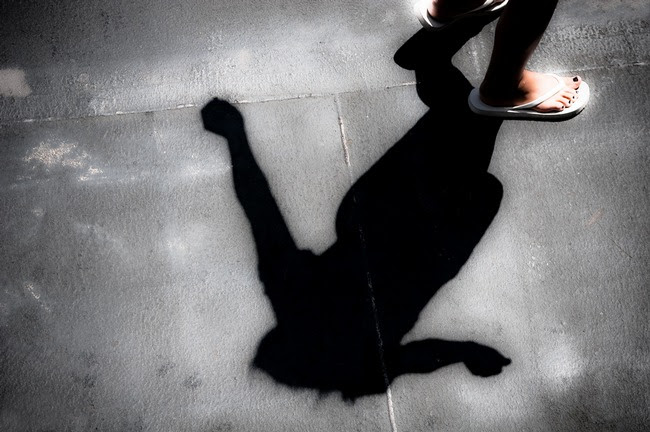 However, the only thing they lack is the simple secret to overcoming their shadow. It takes no physical effort rather mental reflection. The easiest though not a solution in itself is a change of direction. Facing the source of light. Moving towards the sun can easily cast your shadow behind you. Unfortunately, the shadow does not really disappear. It only goes behind you. A better option is Change of position. By going under a shade, your shadow disappears automatically. It sounds good though, but then it is an ephemeral solution, since you can never remain under the shade forever. What then should be done?
The simple truth is that you cannot run away from your shadow. You rather face it and admire it for it is your true self. It should show you where you are. It's length or direction is an indication of how the world sees you. When the Sun is above you, see yourself as being viewed from the top. When it is behind you, know that you are being viewed from the front and vice-versa.
The question that you should ask yourself in relation to your shadow is: Am I At The Right Place? Our shadow could tell us the hour of the day. It could tell us the direction we are going and these are very important in our daily life. Face yourself just like you could face your shadow and know if your daily target has been achieved or not.
Your shadow is not your enemy but the reflection of whom you are in relation to where you are.
Ali C. Nnaemeka (mekaalison@gmail.com)
''The truth might be hard to say, painful to bear or even drastic for the truth sayer but still needed to be said''. ALISON.
Posted by The iPriest at 4:23:00 pm