Saint Joseph, Spouse of the Blessed Virgin Mary
One of the most important personality in the soteriological history is Saint Joseph, the chaste spouse of Virgin Mary. But he is also one of the less known individuals among the minds behind the natural brought up of the Man whose death on the cross was to bring us salvation. The Bible hardly evoked his name in the life of Jesus apart from the early pre-nativity and some few allusions to the infant narrative of our Lords history. Who then is this less known personality that guided the mother and child of the Holy family?
The Gospel of today tells us that his father is Jacob and that he is of Davidic lineage. Here again the scrupulous Jewish evangelist, Matthew tells us that he is not only a just man but also outstandingly a respecter of others. It's this his last quality that made him decide to send away Mary secretly to preserve her honour and dignity.
Another character of his that's very auspicious is humility. In fact, Saint Joseph is an embodiment of humility. This character always kept him behind the scene in almost all the life event of Christ. In the presentation at the Temple of Jesus, Joseph was kept behind the scene. In the rediscovery of the child at the Temple, he was behind the scene and totally absent in the ministerial life of Christ.
Let us ask God to give us more especially we male folk the grace necessary to over our come our male chauvinism and accept that humility is a virtue and not a weakness. 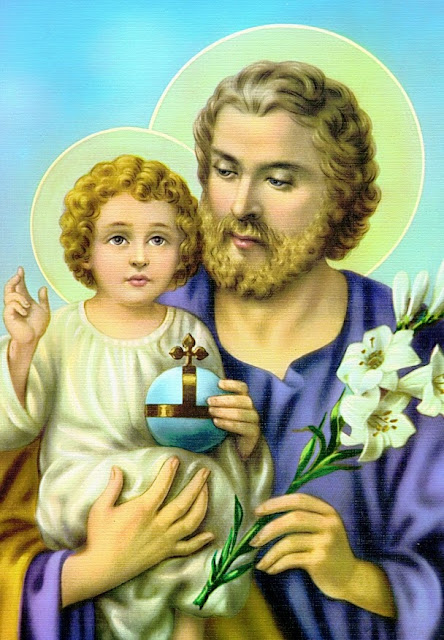