Tired of his social situation, an Italian guns down two Police officers and a pregnant woman 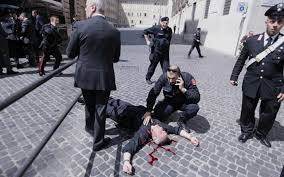 “I wanted to shoot a politician but not seeing any of them, I then shot Police officers”, said the Luigi Preiti who yesterday opened fire before an Italian Parliamentary palace. The young Sicilian said he was motivated to do so after losing his job and being left by wife and children. The 49 years shooter who, from all indications had no past criminal record, said to have bought his gun four years ago, in a black market at Alexandria. 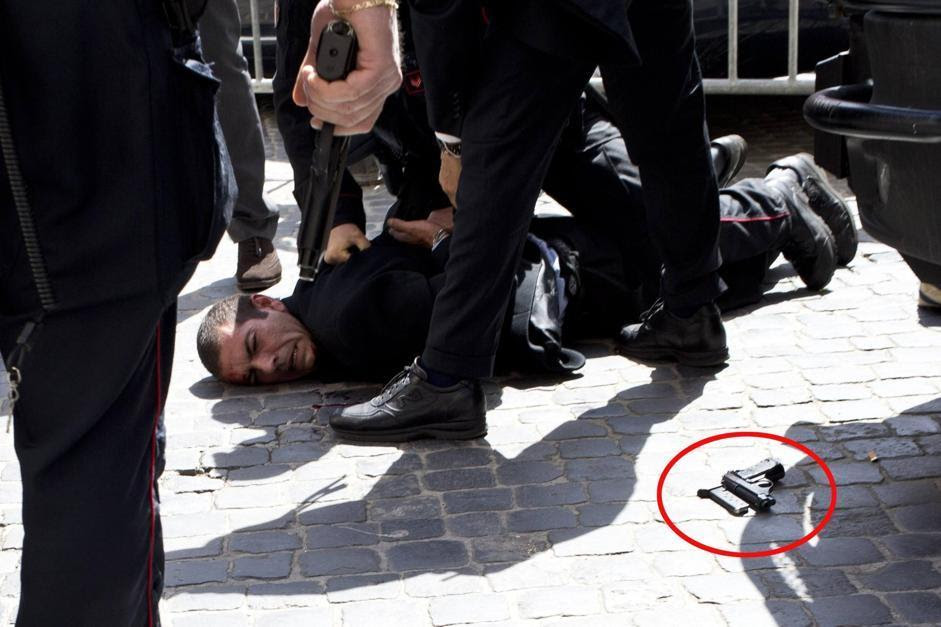 From the ex-wife, from whom he separated three years ago, he is not mentally disturbed. He is a very good man but actually in difficulties, she added. The ex-wife and the family of Preiti said they are shocked by the act and are really sorry for all the victim of the act of their brother.
Luigi is said to have lost his job and had to turn back to the family, just like many other young Italians tormented by the present economic crisis. He said to have chosen yesterday, 28th April so as to send a serious note to the whole world. And in order to do so, he decided to go directly to the "Quirinal", on the day that the new Italian Prime Minister was swearing in. The two Police officers, Giuseppe Giangrande and Francesco Negri who received his grievance, are actually undergoing treatment. There was also a third victim. A young pregnant woman passing by was also wounded by his shot.
The shooter was said to have wanted to commit suicide after shooting his targets but due to the exhaustion of his bullets, he could not do it. He was gunned down by the Police and before being taking to a Roman based Italian Prison at Ribbibia, he spoke to the journalists saying he had nothing against any particular individual. And that his aim was to manifest his grievance over his unemployment.
''The truth might be hard to say, painful to bear or even drastic for the truth sayer but still needed to be said''. ALISON.
Posted by The iPriest at 4:44:00 am