Saudi Arabia, Sharia Law and the execution of RISANA NAFEEK, a slap on Huma Right 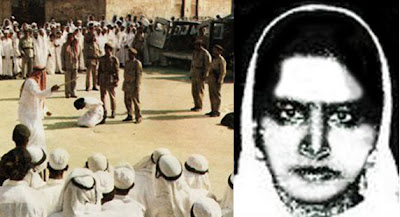 The recent public execution of Risana Nafeek in the Islamic Republic of Saudi Arabia poses many questions on the legitimacy of such a law called Sharia Law. A law based on the Old Testament "tit for tat" in this twenty-first century would not be only obsolete but also inhuman in this particular case. No one could imagine that with all the pressure and diplomatic efforts claimed to have been made by the government of Colombo to find another solution to the case of Nafeek, the kingdom, who recently wanted to show the World that they are open to dialogue, could end up executing the poor lady even when there are many indications that she could be innocent. This particular case calls for a general renovation of certain laws that are against humanity, no matter in whose name they are applied.
Risana, who was officially convicted eight years ago, to have killed a baby of four months, continued to say she was forced to accept the murder out of pressure. The Asian Human Right Commission (AHRC) and the Sri Lankan opposition MP, Ranjan Ramanayake insist that the government of Colombo did not make enough effort to save the life of Risana. .

This case, once more shows that there are still many atrocities committed in the name of God. Who knows exactly the will of God and what His reaction would be seeing this very particular tragic scene who. Whoever could be in the shoe of Risana, in these last and miserable minutes that will bring her to her early grave, just because she was forced to look for a greener pasture, in a country, which is the centre of her own religion (Islam), will understand that this law should be re-examined today.

Here is her execution, but beware as it is only suitable for adults and those who can bear sour sights.


'The truth might be hard to say, painful to bear or even drastic for the truth sayer but still needed to be said''. ALISON.
Posted by The iPriest at 5:11:00 pm