Prayer Will Not Change Nigeria by Emeka Opara 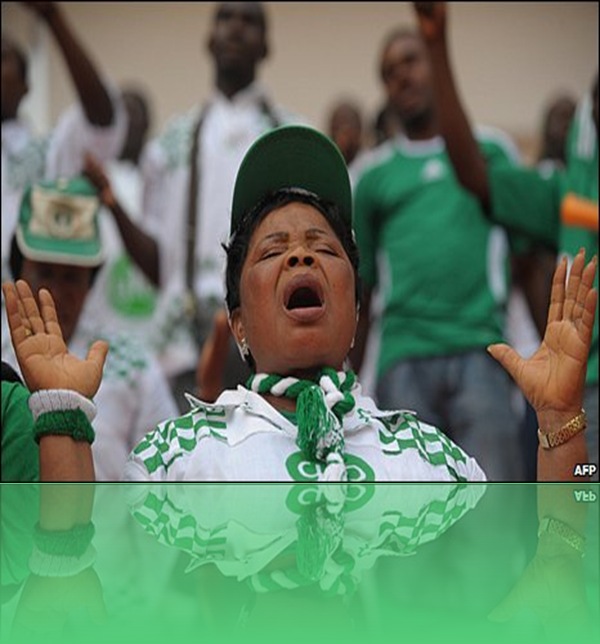 In their famously controversial book, The Communist Manifesto, Karl Marx and Frederick Engels, described religion as the opium of the people which, when taken in right dosage, benumbs the body and soul to suffering, shame and sin. The church, especially in Nigeria, has been so emblematic of the Marxian prognostication and turned otherwise educated men and women into robotic wimps, manipulated by pastor, prophets and prophetesses and recounting sometimes meaningless supplications to a creator, whose methods they hardly comprehend. The same goes for other religions, which have tended to follow a certain pattern that thoroughly negates all the principles of mutual and peaceful co-existence. Just a few days ago, a friend complained that Nigeria is one of those third world countries where people worship all kinds of supernatural personalities and pray harder than they work yet criminals pervade the land and people perpetrate all kinds of heinous crimes even in the most sanctimonious of places and the country is retarded in growth. Meanwhile, some European countries, where less than 15% of the population recognise the existence of any gods and never bother to go to any place of worship, be it Sunday or Friday, are doing good, showing love and prospering as a people. It is this conundrum, which got so flagrantly played up in some of the media reports credited to President Goodluck Jonathan this week that has prompted this intervention.


Among all the stuff he was said to have said during the Independence Day celebrations, Mr. President reportedly declared a one year prayer session upon which we must now hinge the future and prosperity of Nigeria. First of all, I don’t understand why the president would make such a proposition to the hapless and long-suffering people of Nigeria on such an occasion. Some of us were dying to know how he intends to deal with some of the more pressing challenges facing the country, but not much came through. 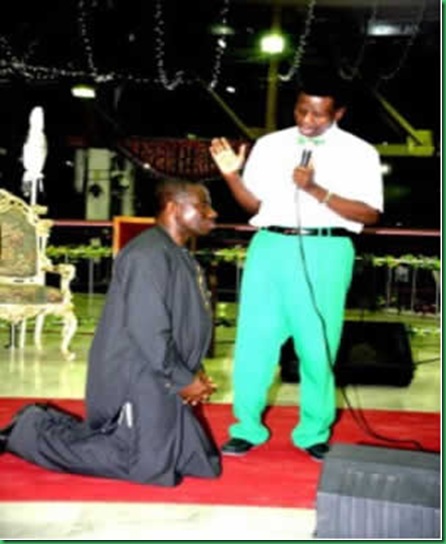 Take the example of power. Paradoxically, most people were unable to watch the president’s Independence Day speech due to power outage and those who did paid dearly for it, literally, as the light was gone soon after never to return till the next day, if at all. For power, it’s all contracts, contracts and more contracts-even as we hope the water levels do not recede ultimately to show PHCN for what it truly is.
As far as I know, the Roman Catholic Church has been saying the “Prayer for Nigeria in Distress” for over two decades. Yet, neither the leaders nor the followers have changed. Former Head of State, Gen. Yakubu Gowon (rtd), has led a prayer project called “Nigeria Prays” for over 10 years and nothing seems to have changed.  It is possible that quite a few of the new fangled churches take some time off their busy schedule (of praying for prosperity and such matters) to say a prayer or two for the country.
There are several hours of video footage and tonnes of press clippings showing several politicians, especially the Christians, visiting one religious leader or another seeking divine guidance or so it seems. Others have also been known to have visited some notorious shrines in the more seedy and dingy enclaves. But even so, and in spite of all of these, things haven’t got any better.
My second point is the rather wrong impression created by the president (by the way I didn’t say our president lied) by claiming that the United States of America made it to greatness through prayers. I reckon Mrs. Hilary Clinton didn’t bother to listen to the speeches, otherwise the Americans would have been protesting such glaring misinformation. Brothers and sisters, the US was built on hard work, passion, vision and an overwhelming quest to be the best. If at all, they must have prayed for longer days than nights so they could get more nation-building work done!
At this point, I pause to remember an anecdote about a protest by world leaders to God over His seeming preferential treatment of Nigerians by blessing them with good weather conditions and abundant natural resources. As the story goes, God smiled at the angry protesters and asked them to go back home and wait to see the kind of leaders He would send to Nigeria.  Fabulous as this story may sound, Nigeria has had a rough ride with leadership since independence, but for one exception (Gen. Muhammadu Buhari’s era) but even so, not much was achieved while seeking to correct past mistakes.
As a country, we have so much natural resources and brilliant and hardworking people, but we don’t seem capable of  feeding ourselves (less than 20% of the population of India) much less maintain a 100km road leading from Lagos to Ibadan! And the president wants us to pray?
Today, Nigerians are wracked by the menace of terrorism, armed robbery, kidnapping and now flooding. What exactly has the government done to deal with these core aspects of their Key Results Areas, aside inexplicable budget
Technorati Tag: Nigeria,Prayer,Religion
ary allocations and platitudes in the media? Yes, these may be inevitable with the gripping high unemployment figures, but what is the government doing to complement the effort of the few surviving private sector companies? Flooding may be a natural disaster, but didn’t we get warned by the Meteorological Agencies even as we all rue Global Warming? Yet, we allow the floods to wreak so much havoc, with the death toll rising from across the affected parts of the country and billions of naira worth of property damaged.
President Jonathan says we should pray, yet he’s not even been to any of the flooded zones, like George Bush of the same US did during Katrina and Obama has been doing all through the year as the elements ravaged the US. 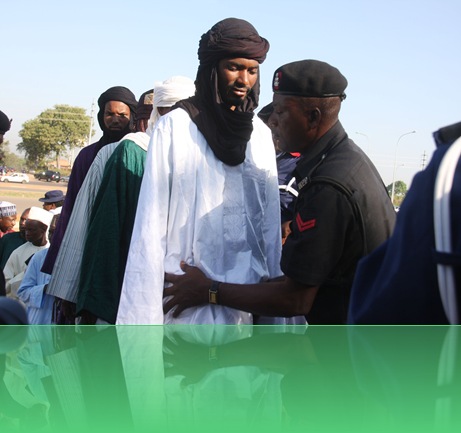 Now, don’t get me wrong, I haven’t said that Nigerians should not pray. As a matter of fact, I am a firm believer in the efficacy of prayers. The only difference between me and some folks is that they believe that prayer answereth all problems. Hell no! For goodness sakes, pray if you want to pray, but do something. So, those who want to pray for 10 years can get on with it, if that’s what they have elected to do but they must realize that there are at least two clear risks in going that route. One, if we sheepishly get down on our knees and pray with our eyes closed, in a manner of speaking, those we have sent to represent us will prey on us (pardon the pun). Secondly, the natural resources we have were fortuitously granted by divine providence. I can admit so much.
However, we have to turn those raw materials into finished, profitably marketable goods, to make good sense of them. There is no amount of prayer that can turn water to wine in Nigeria of today. Even that was then, and in far away Galilee. If we can’t build or maintain our refineries, we will continue to export cheap crude and import expensive by-products, regardless of how long and how hard we pray.
So, I am totally not on this one with the president. I suggest he says just a little prayer to God for dependable, serious-minded and effective lieutenants who will help him take the country out of the dark woods where it is currently languishing clueless. In the meantime, I will say a prayer to God to grant our president the wisdom to see through the sycophancy of many of his assistants and acolytes and immediately appoint men and women of knowledge and passion who will help him make the difference rather than worry about their personal comfort and 2015.
I believe there are too many people telling the president only what he wants to hear and playing politics with the lives of Nigerians and the future of the country. President Jonathan can still make history, for all the right reasons, if he can hearken to the voices crying so bitterly and loudly in the Nigerian wilderness. Prayers won’t change Nigeria; affirmative and honest actions will.
Oparah contributed this piece from Lagos
Source: This Day Live