Can There Ever Be Hope for Nigeria? by Eze Okechukwu 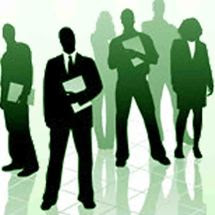 There seems to be fewer and fewer reasons for Nigerians to return back to their country, and more and more reasons for them to stay abroad despite the high paid jobs that are commensurate with their education and experience which lay in Nigeria.
A clear case of this is that of Prof. Bath Nnaji, Nnaji took a different track. Having attained academic heights as professor from one of the best American universities, to the best of his judgements he decided to return to Nigeria. He spent less than two years trying to restructure the power sector. But his resignation on the 28th of August 2012, could be described as a “shock therapy” not because he doesn’t like the job, not because he cannot achieve it, but because like many other educated Nigerians who live outside the country, but believed that Nigeria continues to flounder in unending cycle of corruption he decided to leave in order to maintain his long built r...eputation.

Why is it that the government has allowed corruption to lock us into a cycle of dysfunction? Why is that as the most populous Black Country in world, Nigeria seems unable to have progressed? What is it about Nigeria that holds it back from joining the rest of the world? Is it that our leaders are genetically corrupt? Are our bad leaders a curse from God? 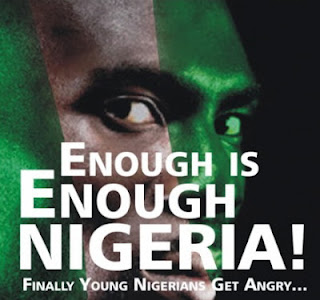 Today, men and women who tried to give the country their best shot are in exile, some have been killed, others are in prison in an attempt to do good; in 2003, Nigeria was rated the 2nd most corrupt country in the world and in less than 3years it was on 31st list, and more than $5billion was recovered from politicians who diverted public found into their private business “thanks to Nuhu Ribadu “. In a similar vein, El Rufai is in exile because he tried to restore Abuja master plan making the city what it is today. The youth will never forget you Rufai.
Nigeria is far behind and we need a change. Without stable electricity, corrupt free government, good policy framework, etc we can never develop. We are among the countries that have failed to achieve Millennium Development Goals (MDG’s) by 2015. It’s a big shame.
Prayer for Nigeria: Lord, without you we are nothing, whether young or old, rich or poor, able- or disabled. You are our strength, our health, our success and purpose. Our endeavours are nothing without your divine empowerments. Forgive us when we rely on men’s abilities instead of resting on your sufficiency. May all those involve in piloting the affairs of Nigeria be touched and let them be aware of your immense love for them. Amen

''The truth might be hard to say, painful to bear or even drastic for the truth sayer but still needed to be said''. ALISON.
Posted by The iPriest at 4:20:00 am