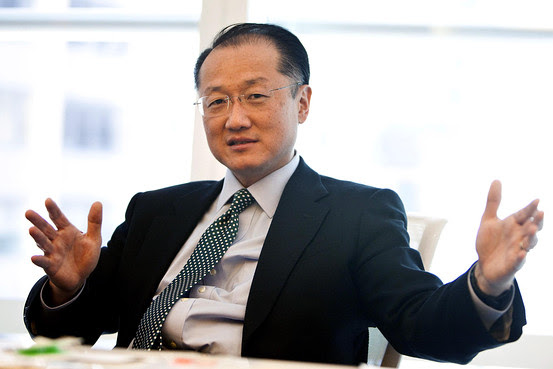 As the developing Countries are planning to break the American myth of always chairing the Presidency of the World Bank, President Barack Obama, a good politician he is, has giving a strong strike to counter every possible coalition among the rest of the World against his candidate. He has made a very rare and politically well thought change in his choice of possible occupant of the highest Bank of the Planet by nominating Jim Yong Kim as the possible next occupant of that important.
The US government choice of Jim Yong Kim, an expert in global health which, according to SUDEEP REDDY’s analyzes, is not politically motivated is, from all indications false as Mr. Obama must have done so to bring an end to the move of the developing Countries to oppose the American traditional quest of occupying the seat of the Presidency of the World Bank. The choice of Dr Kim, who though born South Korean was
raised American, was first to cauterize the African candidate who from all indications has all it takes to manage the Bank, if she was not from a developing Country.

Furthermore, Obama, been well informed on the recent change in International policy making, went surely for an American of Asian origin in order to divide the voice of the BRICS, (Brazil, Russia, India, China and South Africa.). Obama knows that by bringing an Asian, the China and the India might vote for him and since Brazil has it’s own candidate there will be no way forward for the African candidate.
The French extra-judicial killing of Mohamed Mera, the gunman responsible for the death of two children and their father in a Jewish school in Toulouse has just within a space of one week brought the French military system to its lowest rate.
The failure of the French Military Intelligence to capture and prosecute Mohamed Mera has been Criticized by many French personalities including, the Presidential Candidate, Marie Lepen. She calls for a debate on the inability of the security officers to lay hand on Mera.
The African Union has joined her voice with many World powers like Germany to condemn the authors of the Military junta that overthrew the Government of Bamako. The AU through the voice Jean Ping, the President of AU Commission, said they will bring to justice all those involved in the coup d’état.
However, not minding the condemnations and the decision of the military regime of Bamako to restore order and democracy in Mali,  the Tuaregs have announced they are continuing with their attacks in Mali.
Posted by The iPriest at 9:30:00 pm