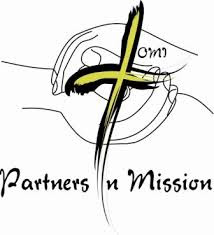 So far we have seen that in the Rule, Eugene specified that the main aim of the Missionaries was to preach the Gospel to the most abandoned. Then he began to list the secondary aims, starting with that of making up for the vacuum left in the Church by the disappearance of the religious orders. He continued with a third aim:

Article 1. A no less important end of their Institute, an end they will as zealously strive to achieve as they do the main end, is that of clergy reform and of repairing to the full extent possible to them the evil caused in the past and still being caused by unworthy priests…

(A reflection and the full text, with its strong condemnatory language, can be found above in the entries of June 9 – 14, 2010)

The Missionaries gave their lives to leading people to live in the fullness of the love of Jesus the Savior. Their methods aimed at an intense experience of conversion, which then had to be accompanied and nurtured by the local priest. If the priest was not capable of doing this, then the preaching of the Missionaries could not be effective. For this reason Eugene saw a ministry to the clergy as being of major importance.

Art. 2. In the beginning, the missionaries because of their youth, will only be able to undertake indirectly the healing of this deep wound by their gentle suggestions, their prayers and good examples…

In a practical way:

Art. 3. Consequently, they will preach retreats to priests and the Mission House will always be a welcoming refuge for them…

We will see in the future how this important ministry was carried out by the Missionary Oblates through retreats and accompaniment of priests, and involvement in the training of future priests in seminaries.

Eugene’s main concern was not the priests as such, but the people who would suffer if they did not have worthy shepherds to be the instruments of God’s Kingdom for them..