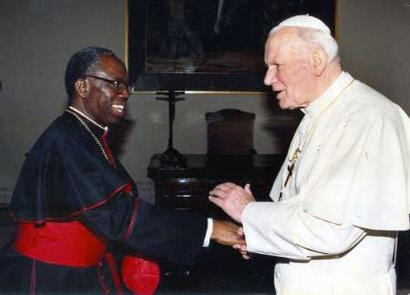 One of those moves we have always solicited from Nigerian government is this last move of the Jonathan led government. It has been a long awaited development for the Nigeria, as the said giant of Africa to join the steps of the giants in establishing its embassy with the smallest but one of the most powerful, influential and important State of the World. It is a good move that should be encouraged as many smaller countries in Africa and strongest Countries in the World, including Islamic and communist countries, have their embassy in Vatican City. We hope then that this will materialize as it is a long awaited move. 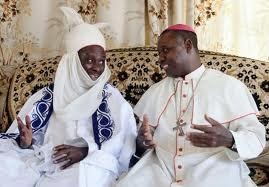 APPARENTLY building on the gains of the recent visit of the Apostolic Nuncio in Nigeria, Archbishop Augustine Kasuja to her office, the Minister of State (II) for Foreign Affairs, Prof Viola Adaku Onwuliri, has listed areas of cooperation between Nigeria and the Vatican City.
The minister acknowledged the support of the Vatican to the country in  education, science and technology, from which  many Catholic priests, seminarians, Nuns and young Nigerians benefit yearly.
She specifically named the Pontifical Council of Education as being very supportive to Nigerians through its universities and scholarship schemes.
Recalling that the late Prof Adeoye Lambo was a member of the Pontifical Academy of Science, the Minister listed cooperation on inter-religious dialogue, migrants’ issues, terrorism and human trafficking, as other areas of collaboration between Nigeria and the Vatican.
According to her, the Vatican should use its weight, great influence and leverage on global politics to rally support for Nigeria’s bid to clinch a permanent seat on the United Nations (UN) Security Council.
Rev Kasujja, who had served in Algeria, Tunisia, Seychelles, Comoros and Mauritius, said his mission to Nigeria was to applaud Nigeria’s decision to upgrade its Mission in the Vatican to a full embassy.
He spoke of his plan to hold series of meetings with Archbishops Olubunmi Okogie and John Onaiyekan of the Lagos and Abuja Arch-Dioceses  between March 22 and 23.
The cleric said another parley has been scheduled for Sokoto with prominent Christian and Islamic leaders on inter-religious dialogue and peace in the country