A People in Terminal Decline by Zainaba Usman

One of the greatest Nigerian literature guru, Chimamanda Ngozi Adichie made one of the prominent remarks that I believe will never seize to be incessantly of actuality. She said: “the single story creates stereotypes and the problem with stereotypes is not that they are untrue, but that they are incomplete. They make one story become the only story.” This is exactly what Zainaba Usman is airing in this article that I am fully convinced is a key to understanding the actual situation of the nation. The article adopts a free, non religious, non tribal, and non regional tone that makes it one among the few socio-political analysis of the Nigerian confused situation. It goes beyond the ordinary name calling, quick and media-tized eye catching captioning that has always characterised our Journals in the last few years. This is, in one word, the latest approach to the Nigerian political quagmire. 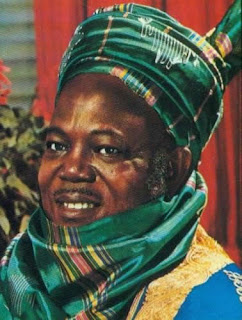 For a while now, I’ve had reason to believe that the people of Northern Nigeria, especially the (in)famous “dominant” group, the Hausa-Fulanis seem to be in terminal decline. Could this conviction have stemmed out of the aftermath of the 2011 Nigerian general elections and the rampage of the Northern youths against the so-called Northern leaders or the recent spate of Boko Haram attacks in the northern cities of Kano and Kaduna? Perhaps it is the intensification of the unfair media bias and the recent vitriolic, virulent and hateful diatribes against the mostly Muslim Hausa-Fulani Northerners in the mainstream and social media or the serial decline and retardation of the economy in the north and/or the region’s growing political irrelevance in the scheme of things in Nigeria. This conviction is coupled with a growing realization that little or nothing is being done by us, the victims, of our mostly self inflicted problems to salvage our future which is in dire jeopardy.
The most obvious problem is the serious leadership deficit in the North which became magnified before and after the 2011 general elections.
There is almost a general consensus that Northerners who were at the helms of affairs in the country for several decades did little to better the life of ordinary people in the region in terms of provision of health care, education and other infrastructure, direction of useful investments and creation of economic opportunities for the population. The leaders are seen to have enriched themselves and their cronies while using an adept mixture of religion and ethnicity to keep people subjugated in the shackles of illiteracy, ignorance, poverty, and misery. Few leaders have utilized accumulated wealth towards establishing profitable enterprises that employ people, philanthropic organizations that empower others or other productive ends. Rather accumulated wealth is squandered in consumerist behaviour, in opulence in the midst of absolute and abject poverty. Interesting exposés on the leadership deficit have been written by analysts such as Dr. Hakeem Baba Ahmed and the columnist Adamu Adamu amongst several others.
While the deficit of transformational leadership is not exclusively a Northern phenomenon, it is more magnified in the North. It is these leaders who are perceived by many to have “sold out” the north during the 2011 elections hence the rampage of the youths against various emirs, a former speaker of the House of Representatives amongst others. Consequently traditional, religious and political leaders who used to command tremendous respect from people have lost their credibility, and to an extent legitimacy to speak on behalf of the people. Certain enigmatic “geniuses” have been de-robed of their toga of mystique. The people in turn are plagued by frustration, helplessness and hopelessness in the wake of un-inspiring leadership. The newbreeds like Nuhu Ribadu and the Central Bank of Nigeria (CBN) Governor Sanusi Lamido Sanusi who are viewed with suspicion or seem more interested in embroiling themselves in political controversy provide virtually little solace.
Closely following the heels of the leadership deficit is the economic decline and retardation of the region. This economic decline has been accelerated by the Boko Haram insurgency, thanks to which the holy grail of foreign investments will now become ever so elusive. Once the basket of the nation on account of its agricultural productivity – the legendary, towering groundnut pyramids of Kano come to mind – and its budding industrial activity, the north is now plagued by rapid de-industrialization. 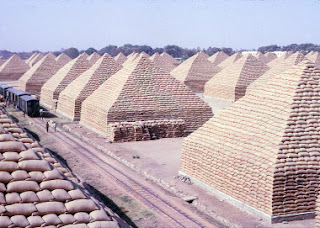 ''The truth might be hard to say, painful to bear or even drastic for the truth sayer but still needed to be said''. ALISON.
Posted by The iPriest at 4:43:00 pm