Miracle of Loppiano: From a black Christmas to a triumphant New Year 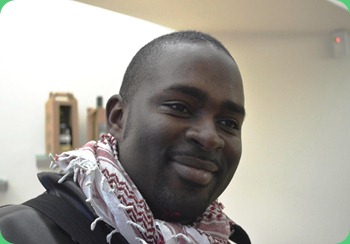 With a sore and painful heart filled with anguish and trouble I left the International Scolasticate Rome, on the morning of 28th December 2011 to Loppiano, a very small and modern village located in the town of Incisa, in the Italian province of Puglia. In fact, the Christmas festivities that we started the preparations at the IRS with much happiness and joy turned up for me to be a moment of sorrow and sadness.
The most tragic aspect of it all was the fact that the whole story changed from a colourful to a sorrowful one at a moment I least expected it. It was just by the moment I was putting up my traditional attire to join the other brothers for the normal Sunday and festive Appetitivo that I had the sad News of the bomb incident in different Churches in Nigerian. It sounded like a thunder to my ears. Though it was not the first time I am receiving such News, this one remains the most shocking of all to me. I think one of the reasons of this serious indescribable shock maybe due to the height of this feast a typical Nigerian set-up.


In fact, the highest feast I have ever known in Nigeria is that of the Nativity of the Lord. 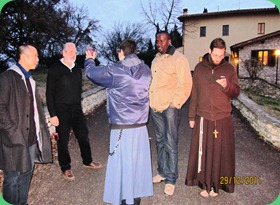 Christmas in brief, is a time of family get together, a moment of reunions, of village feasts, of inter-village match pasts, a moment of marriage celebrations and that is why it is quite unbearable for many average Nigerian to miss.
I can still remember vividly how we used to get up as kids very early in the morning on the 25th December to take an early morning bath. We were not even afraid of the strong hammartan that normally pins every child to bed on such unusual cold moment of the year. We used to take our bath happily and in a hurry so as to put on our Christmas wears and rush to the Church with the other kids who, even though from other church denominations, come to the Catholic Church on 25th December, first, for the wonderful Christmas carols that the choir must have prepared for months, and mostly for the ceremonial show-off of our different Christmas attires.
It was surely with this very mood that these families went to Church on this black Christmas day in Nigeria. They should have sang and danced as it is the tradition in Churches in Nigerian, not knowing that cabals had another agenda for them. Kids and women must have dressed in their colourful dresses before the enemies sent not less than 40 of them to their early graves. 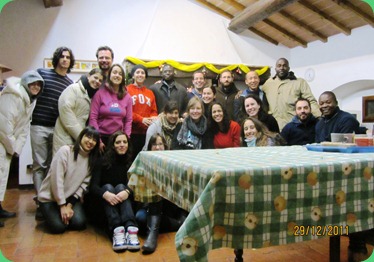 It was under the weight of this incomprehensive situation and the simple fact that the Government of Nigeria has proved insensitive and incapable of assuring the security of the citizens that I embarked on my journey to Loppiano. I was surely dominated by the thought of such a devilish group that have rendered Nigeria ungovernable to this present Jonathan led weak administration.
I was almost discouraged from going but my 2010 experience at Loppiano made it irresistible to me. I then decided to embark on it with the intention of commending my dear patria into the hands of God.
Starting from the first day to the last day of our sojourn at Loppiano, we were experiencing the full Unity and communion that is the central message of the Focolare Movement. This 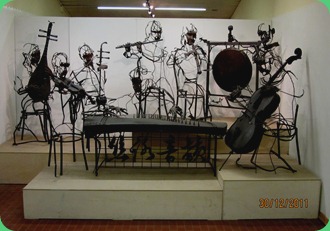 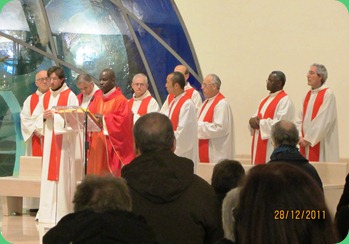 In the midst of all these priests and brothers, I rediscovered the peace of mind. I started by forgetting the bomb incident and finally by seeing in those victims the abandoned Jesus. I saw in the Nigerian situation a country where Jesus has been abandoned not only on the cross but also at the crèche. I really came to understand that Peace can be possible in the world and more especially in Nigeria if we start to Love.
By the time we finished listening to the conferences of Chiara on Unity and abandoned Jesus and after listening to the experiences of the families, the Gen and the Focolarini, I came to realize that there is still hope for a better tomorrow particularly in Nigeria and generally in the entire World. And by then I rediscovered the light of the new born Jesus and found a triumphant New Year, full of positive challenges, a New Year that reserves for me many brothers and sisters to love and my religious life to live. And I was able to see that the lord has turned my Black Christmas to a triumphant New Year.
Posted by The iPriest at 4:23:00 am