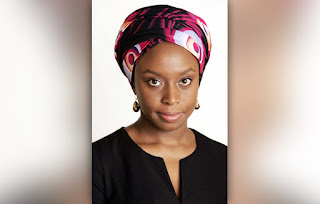 As the battle for the fuel subsidy continues, we present to you one of those rare articles and analyse by our few and sensitive intellectuals. Here is my mentor applying her litterary accumen in the analysis of the ongoing battle for a batter and meaningful Nigeria. You cannot but appreciate her capacity as a Nigerian activist and moe still, for her insightful analyses of the state of our nationa system.
"ON New Year’s Day, in my ancestral hometown of Abba in Anambra State in eastern Nigeria, my family and I woke up to unbelievable news: the price of petrol had doubled. Overnight, the government had removed what it called the subsidy on fuel, and almost immediately, transport fares exploded and food prices rose astronomically. It used to cost 4,000 naira — about $25 — to fill my petrol tank. Then it cost 10,000 naira. When I stopped to buy okpa, a steam-cooked bean dish, from a street hawker, she said it was no longer 50 naira; it was now 100.
“Why?” I asked.
“Because of fuel subsidy.”
A relative who had traveled to her village for the holidays called me to say that she was stranded there, unable to return to her job in Lagos; she could not afford the bus fare, which had doubled in price.
Nigeria, one of the world’s biggest exporters of crude oil, does not have adequate refineries and so it imports most of its petrol. The government claims that it pays a subsidy to importers to keep the prices low, and that these companies defraud the government by inflating their costs. Perhaps that is true, but it is a strange reason for raising prices, as though the government is incapable of policing fraud. Politicians have long discussed ending the subsidy, but no one expected it to happen when and how it did. There was something frightening about the abruptness of such a dramatic change, a sense of lurching, a violent uncertainty that captured the general mood in Nigeria.
Nigerians, particularly in the heavily Muslim north, live in fear of violence from the Islamist group Boko Haram. More than a hundred people have been shot to death or killed in bombings in recent weeks. My uncle, who lived most of his adult life in the northern town of Maiduguri, recently moved back east after a Boko Haram bomb exploded mere feet from his bookshop. Now he is struggling to start over, a man past middle age, grasping for hope. I saw him on New Year’s Day. He said he had only barely been able to afford the rent for a new shop in Awka, our state capital, and now he had to deal with the new price of petrol — he will have to spend much more on transportation and, since there is hardly ever any electricity, on the generator to power his shop. “How will I cope?” he asked.
Many government officials argued that the price increase would eventually benefit Nigerians, but they were unable to clearly articulate how. They made economic arguments that were abstract at best and nonsensical at worst. Sometimes the arguments conflicted: on one hand, we were told that the government would go bankrupt if it continued to pay the subsidy, and on the other, we were told that the subsidy would still be spent, this time on “infrastructure,” a vague word if ever there was one. Only yesterday, the government announced it would restore some part of the subsidy.
Like many Nigerians, I am infuriated — and puzzled — by the actions of a government that appears to be indifferent to if not contemptuous of its people. The idea that in a democracy, the government needs to persuade the majority of its citizens, eludes our leaders, perhaps because of the stubborn legacy of military rule, which ended only in 1998. We civilians, in turn, deeply distrust the government, because of our long experience with corrupt leaders. It is obvious that this price increase, the abruptness of it, the murky justifications for it, the government’s inability to properly engage about it, the destructive consequences it will have for millions in a country where there are few government services, will only further calcify the cynicism of a people who are already very cynical. Yet our leaders did it anyway. The message sent to Nigerians is this: You don’t matter. We don’t value you.
Economic arguments are useful, but so are human arguments, which seem alarmingly lost on the Nigerian government. Prices have gone up but salaries remain the same. A driver in Lagos who earns 25,000 naira, about $152 a month, would have had to spend almost three-quarters of his salary on transportation to and from work, and this is before he would have to pay for food and, if he has children, for school fees. In Nigeria we like to say that we can “manage,” but it is almost impossible to see how many people could manage that.
We are an oil-producing nation and it is not unreasonable for Nigerians to expect affordable petrol, nor is it unreasonable for Nigerians to expect more from a democratic government. A friend of mine, after calculating how much she would now spend getting to work in Lagos, said, with her eyes alive with rage, “Our senators make $100,000 a month if you count their salaries and allowances. A month! In dollars! They live in government houses and have government cars. And none of them pay for their own petrol.”
Chimamanda Ngozi Adichie is the author, most recently, of “The Thing Around Your Neck,” a collection of short stories.
A version of this op-ed appeared in print on January 17, 2012, on page A23 of the New York edition with the headline: A Country’s Frustration, Fueled Overnight"Source.

''The truth might be hard to say, painful to bear or even drastic for the truth sayer but still needed to be said''. ALISON.
Posted by The iPriest at 6:29:00 pm