It is not about N65 by Chika Ezeanya 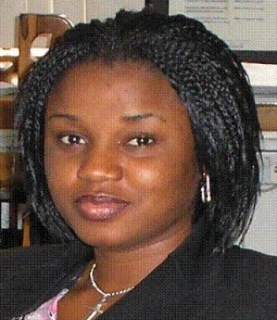 Here comes one of the Nigerian litterature gurus that I will never stop admiring and looking up at as models. They are just the image of the Nigeria that I pray for. A Nigeria where intelligency is used to review the sitaution of things. A nation where human right and respect is a value, where men are regarded as men and not as things. A state where the government workers see themselves as public servants and not public masters and commanders.
I propose to you another scholarly write-up on the current Nigerian battle. A scholarly work done by one of those few Nigerians that do well what they know how to do. You will never feel indifferent reading her.
"A well meaning follower of my penned thoughts sent me a moving mail. I publish excerpts below,


For the past several days I have been checking on your blog in the hope of reading comments about what is going on in Nigeria right now. I am dying to read your opinion about the current situation and I am sure I am not the only one who feels this way lots of other readers who are following up your blog probably feel the same. Please say something you can't possibly keep silent at a time like this. I am looking forward to hearing from you shortly.


Thank you very much for your mail. Truth is I am so overwhelmed and angry at this time. I have been thinking of writing, but words fail me. I am really hurting deeply. I wonder what I have to say that remain to be said. People have been writing, talking, and doing all they can. I believe you saw the piece I wrote on the subsidy removal "Support for Removal of Oil Subsidy; Shame on You United States". I am a great believer in preventive measures and it seems like things have gotten out of hand now.

words are not coming; at least as I write to you. Maybe they will come in the next hour or 24 hours or 48 hours, I do not know. I will keep following events closely, reading and thinking. As soon as I have something to say, I will write.

But thanks much for investing so much expectation in me.

Do I now have the right words to say? Not at all. Have my discordant thoughts metamorphosed into a coherent and seamless whole, such that placing my hands on the keyboard will fill the blank MS Word pages with sweet blackness? I am not of that view.