Insecurity in Nigeria: A state of impasse? 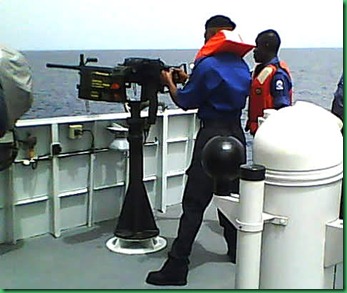 Recently, the President of the Republic announced a heart wrecking amount that will be allocated to Security in the New National Budget of 2012. According to the President, a staggering amount of N920 billion will be dedicated to the Security sector in this new budget. Though it might not sound dumbfounding with regards to the Security situation of the Nation, the problem with Nigeria seems not to be found in the amount of money dedicated to the security sector.

A proper analysis of what the national security has undergone in the past shows that, all things being equal, there should have been a serious change in that sector[1], but unfortunately, there seem to be nothing serious so far. How many branches of police have we created in these past years? “The Operation Fire for fire”, Operation wipe out, 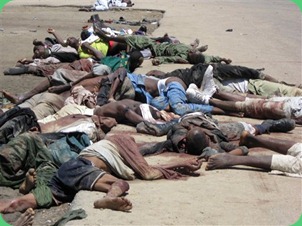 etc. are all created with the intention of bringing to an end the precarious situations that have marred every good intention of Nigeria as a Nation. No one asks why they have not made any serious positive change to the national situation, if not maybe by creating unnecessary fear and terror among poor citizens. If only the number of innocent Nigerians gunshot by the national security agencies in these last decades were to be proportional to the number of crimes aborted, the Nation would have been one of the most secured in the continent.

As a matter of fact, every right thinking Nigeria knows that the Nigerian security situation is not only lamentable but unbelievable and unbearable. How many citizens sleep with their two eyes closed? I would not want to mention the issue of fanatics we have produced in the nation as a result of insecurity. All one need is to board a commercial bus from one city to another to discover that the nation is under a heavy fear. Though, many might think it is a sign of religiosity, I am almost sure it is a sort of fanaticism, for it does not show that Nigerians are really religious, but being helpless they have no option than to call whatever they are convinced will protect them.

On another hand, it’s not long ago that the Nation spent a colossal amount in an old and almost good for nothing warship that America, in order to liberate and modernized his sea coast get rid of by dumping it in Nigeria after removing all the valuable materials in it. I never cease to wonder what motivated Nigeria, in a world where technology changes every day, to accept a warship that dates back to 1968. Was it that Nigeria really needed a warship, and if yes, is she incapable of buying something new? Of course the answer to any of the two questions is NO, for though the marital coast of the nation is porous, Nigeria as much as I know, do not need a warship, and even if there was a need for one, there is no reason why Nigeria should go for such an out fashioned and non functional warship that needed first to be refurbished before it becomes operational. What has the first four warships that the nation received in the year 2003 from the US done to stop piracy and Sea related security problems in Nigeria?

However, these are not the reasons why we think that the situational security of the Federal Republic of Nigeria is at a point which could be described, without mincing words, as a state of impasse. Four days ago, I was reading an Article according to which the Nation defence academy will, in the nearest future, train officers in the moon.[2] A nation that has his cities invaded every days of the week by armed men is planning not to train men who protect the city but men who will fight in the space. How many Nigerians die on monthly bases only in the Northern region? How many are been kidnapped or shot dead by armed gangs in the southern and eastern part on monthly bases? How many police stations are attacked every now and then? The list is inexhaustible.

The fact is that the nation has always shied away from her responsibilities. The result of the national security agencies, at least this year, was too poor to be condoned, but no one dares contest it, for the simple fact that corruption is a tradition in the nation. How many arms have been discovered in the nation only this year and where have the cases ended up? How many crime networks have been revealed this year in the nation and what has been the outcome? We the citizens, of course, are not permitted to know about them since we are lesser Nigerians. Let me remind you, if you have already forgotten it that the security problem of Nigeria is more logistics than material. Any nation than have no control of his territory; no database of his citizens and no real control of the internal movement of individuals in the country will always be a failure security-wise like Nigeria.

What’s the need of a Federal Investigation and Intelligent Bureau, the Criminal Investigation department and a Forensic Science Laboratory in a country where no one is sure of the real population of the citizens? On what data are they working on? Who knows exactly the number of Nigerians that are alive or dead in a country where there is neither birth nor death registration? It always baffles me whenever I read stories like kidnappers asking families of their victims to pay up the ransom through SMS.[3] It is only in a country like Nigeria where nothing is under control that such stories are heard.

What I want to say in essence is that the Nation should embark on data collection; on registration of every citizen of Nigeria, of every means of communication: telephone numbers, IP addresses, and every other useful data that can help them take proper control of the nation, instead of buying arms and ammunitions. No amount of prayers, good intention or whatsoever is going to change the national security situation unless these considerations are examined carefully. And whenever this is done, the nation will know its glory again.