The celebration of the beatification in other oblate communities 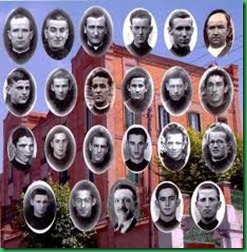 This afternoon twenty-two Missionary oblates of Mary Immaculate and one laity were beatified in Madrid, Spain. The Superior General and many other members of the congregation were present while thousands of oblates were either in union of prayer or in contact through the modern means of communications (Facebook, Twitter and Live streams of the event). 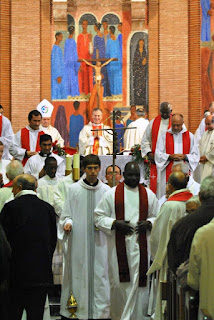 Even before the D-day, many oblates and friends were already in the mood of feast. There were hundreds of people who through Twitter and Facebook continued to remain informed of every last detail of the event. Some of us who were physically far away from Madrid never felt all that uninformed as we remained virtually in contact with one another. 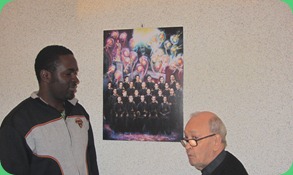 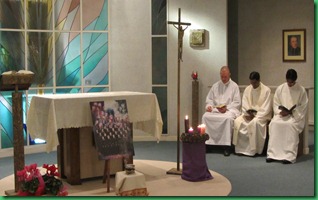 There were other activities that made this day a memorable one. In the oblate province of India, for example, six young Oblates, on this very day made their perpetual vows, making the congregation not only rich in our Community of heaven but also on earth. Also at the International Scholasticate of Rome, the community had a Para liturgy within which the image of the Martyrs were placed as part of the models of our Community.
Posted by The iPriest at 7:20:00 pm