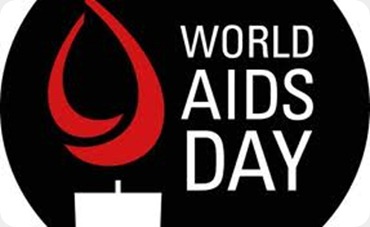 [1]Last year’s November publication of Light of the World, the book length interview with Pope Benedict XVI by Peter Seaward, set off a media frenzy over claims that the Catholic Church had changed its position on condoms. Critics of Church teaching quickly used the occasion to remark that the archaic institution just might be catching up to the rest of the world, while some ill-informed Catholics began to fear that the elderly Pope might be suffering an onset of dementia and was single-handedly reversing Church teaching on sexual ethics. The truth, however, is that the Roman pontiff was doing neither of those things. One year later, on the occasion of World AIDS Day, I believe it’s helpful to revisit just what the Pope had to say about condom usage and the HIV/AIDS crisis and how we can best respond.
The commemoration of World AIDS Day is an initiative that emerged from the World Health Organization (WHO) and was first celebrated in 1988. The goal of the day, according to its organizers at UNAIDS and the WHO is to provide “an opportunity for people worldwide to unite in the fight against HIV, show their support for people living with HIV and to commemorate people who have died.” According to data from the WHO, 33.3 million people were living with HIV at the end of 2009, with about 2.6 million people being newly infected and 1.8 million dying from the disease that year.
To a large extent, World AIDS Day has become a kind of World Condom Day. For many, it’s still hard to forget the images of the large obelisk in the centre of Buenos Aires that was covered with a giant “condom” on World AIDS Day in 2005. Based on a 2004 report widely considered to be the most authoritative study on the effectiveness of condom usage in preventing HIV/AIDS, when condoms are used consistently, they provide an 80 per cent risk reduction in HIV infection. This is where the finger gets pointed at the Catholic Church. If condoms are 80 per cent effective, shouldn’t the Church—as her critics claim—be fully supportive of doing anything possible, including promoting condoms, as a real solution to stop the spread of HIV?
In Light of the World, Seewald asks Benedict to respond to the claim that “Critics, including critics from the Church’s own ranks, object that it is madness to forbid a high-risk population to use condoms.” The ensuing controversy around the Pope’s remarks focused on a singular statement that: “There may be a basis in the case of some individuals, as perhaps when a male prostitute uses a condom, where a first assumption of responsibility, on the way toward recovering an awareness that not everything is allowed and that one cannot do whatever one wants.” Meanwhile, his following sentences were ignored by almost all major accounts of the interview: “But it is not really the way to deal with the evil of HIV infection. That can really lie only in a humanization of sexuality. . . . She [the Church] does not regard it as a real or moral solution.”
This “humanization of sexuality” was precisely the focus of the Pope’s remarks on the HIV/AIDS crisis. For Benedict, and the Church at large, responses to HIV/AIDS must address the needs of the entire person—and this is exactly what does not happen when one is reduced only to his or her biological capacities. This is why Benedict was also quick to point out that the Catholic Church has done more than anyone else to help with the crisis—either through its hospitals that provide on the ground contact with those suffering from the disease or be it through orphanages that care for the children who have been left parentless from the pandemic.
If, according to the Church, condoms are not the solution, what then is a proper response that respects the dignity of all persons affected by the disease? Lessons can be learned from the “ABC” approach that led to the steep decline of infections during the nineties in Uganda. “ABC” stands for Abstinence–Be Faithful–Condom Usage. This is a tiered response that focuses first and most importantly on prevention. Abstinence allows individuals to avoid risk entirely, and then as a secondary next step, being faithful focuses on avoiding multiple, concurrent partners and practicing fidelity. As a last resort, condom usage is named—though not as a solution, but instead, as a means of harm reduction—not risk avoidance (which is possible if the first two options are followed). Unfortunately, agencies such as UNAIDS are wary to call on individuals and communities to focus on behaviour change and have spent the last thirty years of the crisis avoiding the real issues.
For Benedict and the Church, an 80 per cent success rate in preventing HIV infection is not enough. This number fails to recognize that all persons are worth protecting—and that all persons have the ability to take the necessary steps to achieve 100 per cent risk avoidance. Benedict’s call to a “real humanization of sexuality” may seem out of touch with reality, but hard facts and science are on his side. Even the Centres' for Disease Control notes that “Condom use cannot provide absolute protection against HIV. The surest way to avoid transmission of HIV is to abstain from sexual intercourse or to be in a long-term mutually monogamous relationship with a partner.” Until 80 per cent reaches 100 per cent, the Church will refuse to accept such piecemeal solutions to the problem. On this World AIDS Day, let’s hope the rest of the world will demand the same.
Christopher White is the International Director of Operations for the World Youth Alliance, an NGO headquartered in New York City that works to promote human dignity in policy and culture.
Source: http://www.firstthings.com/onthesquare/2011/12/the-catholic-church-and-world-aids-day
Posted by The iPriest at 5:37:00 am