The Africa of my dream by Alison

The earlier African intellectuals that first made the very experience of seeing their culture, tradition and custom undergo mutation, never hesitated to frown at the rapid transformation and transmutation of the African society. They were the first to oversee the danger and prospect of cultural hybrids in a constantly evolutional world. Though many of them aired their views only that of those that immortalized theirs in the new technique that they had come to embrace [Novels], remain the archetype and model of reference in matters of this nature.

Among the few ones that come to my mind is Gondia Cisse. In his book “L'Afrique de me 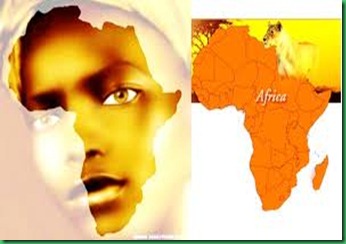 s pères”, [Africa of my fathers], Gonda recounts the old and sweet memory of what he heard his father and the elders of his village say about their village and the mysteries that made its cosmos. A story of how nature and culture related in his small village, near Dakar in Senegal. He tells his story with mixed feelings showing the positive and negative impacts that development and globalization has made on the nature and quality of relationship between men and spirit of his fathers. Another of such writers, to mention but few, is Camara Laye in his book L’Enfant noir, [the Dark Child] where he sees the incompatibility that exist between what he knew as values and what he is forced to live by his social status after his studies. In fact, the key to understanding most of these earlier African writers is accepting that every developing society must fight to maintain their identity as a people. But the only problem is how to keep what is valuable and necessary and how to fathom what is worth keeping and what must be changed. 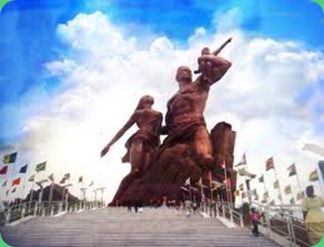 Even though this problem remains a universal issue, Africa as a continent remains one of the most vulnerable areas of the world exposed to its devastating effects. Her vulnerability is of course due to the diversity of her culture, tradition and people. A continent made up of thousands of different cultures, traditions and customs.

However, the diversity of the continent seems not to be her major problem for, though the people did not sometimes understand each other in their languages, even though they sometimes did not have the same Customs and Tradition they had, more or less, the same way of evaluating circumstances. Though they disagreed, many times on different issues, they always found a way out, either by dispersion or by pact making. In fact, the Continent was in the past more respectful and more liveable, than what we know today.

Nevertheless, without wanting to negate the progress made so far in the Continent, one might still think that there are more problems in Africa than before. While conservatives might deem this backwardness, the progressivists might estimate it a natural phenomena that accompanies any developing Continent. As for me, neither of the two opinions is ours, for the aim of this write-up is not to pass a judgment on the development of the Continent (for I am not competent to do so) but to share my view and dreams.

While maintaining that religion and western civilization have seriously helped the African continent grow positively, I am tempted to think they have also had much negative influence on African traditional values. There is no need filling these pages with neither of the example (positive and negative influences) for we all know them, but I must highlight one serious reality: No one, unless if one wants to close his eyes on the very problems of our continent, can disagree the fact that many positive values that made Africa a patria have been thrown away. We hear, here and there that old women are raped, young children mutilated, cities bombed and so on.

Should we talk of the present and modern slavery in Africa or the New organized Colonization of our dear Continent? Who ignores the movement of neo-colonialism in the continent, going from Rwandan Genocide, Congo gold alimented war, through the sierra Leonean diamond war? Who ignores the most recent democratic configuration in Cotes d’Ivoire or the battle for Libyan Mineral control? In fact, the list is inexhaustible. Surely, that’s not Africa of our dream.

An Africa that tells the International Monitory Fund that we have an economic plan that has to be respected, that tells the world that we have a say in the climatic condition dialogue and that tells China that we need our lost Satellite replaced, that’s my Africa. That’s the Africa of my dream, a Charismatic and revolutionary Africa. And as Dom Helder Camara said: “when one person dreams, it is a dream. But when we dream together, it is no longer a dream but the beginning of reality” Reason why I call upon all the Children of Africa to dream dreams. Let your night be full of dreams, let it look like fantasy today but be assured it will not remains permanent for our situation must come to pass. All we need is focused and goal oriented Africans, visionaries and intelligent citizens. Whenever we arrive at this point, we will be able to sing like Efe Benjamin: