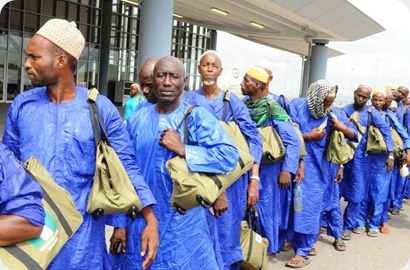 Kaduna — Many pilgrims in Kaduna State's hajj camp at Mina in Saudi Arabia woke up yesterday with sickness symptoms suspected to be gastro-enteritis. At least 150 pilgrims fell victims of the disease, Daily Trust learnt.

Reports gathered by Daily Trust indicate that the outbreak of the disease was connected with consumption of contaminated food and some dirty toilets at the camp. A team of doctors was said to be working hard to bring the situation under control.

Speaking to our correspondent on phone yesterday, a pilgrim from Jama'a local government of the state and a chieftain of the PDP in Kaduna State, Comrade Sunusi Maikudi said the outbreak occurred at the women's wing of the state's Mina camp.

He said, "It is true that we have experienced an outbreak of cholera this morning. It was at the women wing of the Kaduna State Camp in Mina. We are suspecting that the cholera outbreak may not be unconnected with the attitude of some of our pilgrims especially those from the rural areas who are not familiar with how to use the water system toilets.

"Another reason is the eating habit of some of our pilgrims. Some pilgrims eat contaminated food. They eat the leftover of their supper in the morning. This and so many other reasons were the causes of the outbreak. For now, the situation was brought under control by the team of our medical personnel who are here with us in Saudi Arabia."

As shown in this photo sent to Daily Trust from a pilgrim at Mina, the environment where food is prepared and sold is sometimes surrounded by garbage. He also says most pilgrims from Africa and non-Arabs countries litter their surroundings with can of soft drinks, nylon, bottles of water, left -over food etc. Photo: Attahir Abubakar, Mina, KSA

When contacted, Dr. Ibrahim Kana, the head of the Federal Medical Team confirmed the story, saying "About 100 Nigerian pilgrims developed gastroenteritis in the Kaduna State tent at the Muna plain in Saudi Arabia. No death was recorded. All have been treated by staff of the Federal Medical team. All the patients have been discharged and are now back to Makka. We are working with the epidemiology department of the Saudi Arabia Ministry of Health to take samples of stool from the victims as well as samples of ingested food for laboratory analysis in order to ascertain the causative organism.

"Meanwhile, prophylactic antibiotics have been given to all pilgrims that were around the tent and contact tracing has been carried out by my surveillance team. We suspect the pilgrims may have eaten contaminated food from illegal food vendors instead of meal prepared by the National Hajj Commission (NAHCON)."

N.B. The photo was added by us. Source: http://www.nannewsngr.com/picture/pilgrims-to-saudi-arabia-on-the-queue