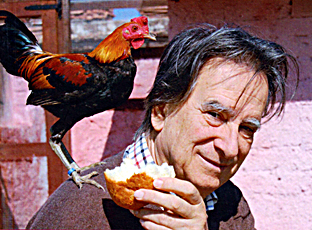 The rapport between Christianity and the Enlightenment as oscillating between incompatibility and complementarity was happily defined by then-Cardinal Ratzinger in a memorable discussion in a Roman theater in 1999. “The Enlightenment, born in certain circumstances in 1700-1800s,” he said, “ was an Enlightenment opposed to Christianity, although not everywhere. There were also, and I could mention some names, currents of Christian Enlightenment at that time. Unfortunately, these efforts to reconcile a common journey did not win out, but they rightly existed and Christianity should think again about these, its roots.” It should not be forgotten, in this vein, that Voltaire dedicated his book on “Mohammed” to Benedict XIV, in praise of his openness and tolerance.
In 2010, this debate, which was published at the time in the magazine, Micromega was re-published with a forward by Paolo Flores and a title which demonstrates the superficiality with which the teaching of Pope Benedict XVI is misunderstood and manipulated. The thesis is that despite the openness which Cardinal Ratzinger demonstrated in the debate, he has become responsible as Pope for an “obscurantist stance,” and for a “Constantinian restoration” which disregards the desire of the Second Vatican Council to open up to modernity. 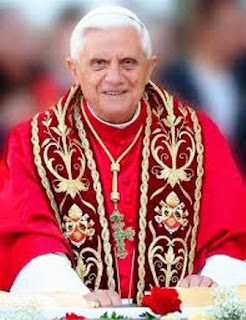 It is not for me to take issue with the philosophical arguments of Flores, which are evidenced in many of his writings. I would like however, as a citizen who has witnessed the crises of great ideological systems of the last century and lived through that 1968, which Flores also experience first-hand, reflect on a principle which is at the basis of his fragile polemical construction: l’autos nomos, the right of man to establish his own law.
But is it really human reason which nurtures this illusion or is it not the innate vocation to pride that man has shown throughout the centuries in thousands of ways such as repression, war, genocide? And the natural law, which is not written anywhere but which man has attempted to decipher with inexhaustible passion throughout the centuries, is it not the noble attempt of reason to give meaning to a sense of equality among men, an idea realized through great effort, to find, beyond our differences, that which allows us to dialogue?
The very notion of freedom has become, thanks in part to Christianity, an irreplaceable part of natural law. Combating relativism means searching and finding the common denominator which unites men beyond differences in culture and interpretations of nature.
For example, Flores stigmatizes the bad practice which is diffuse in Africa of amputating a part of the female genitalia, falsely attributing responsibility for it to the Islamic religion. Is this not one proof that the autos nomos often clashes with human rights, a concept which would not exist without the attempt to define a natural law?
The fragility of human autonomy has been shown throughout history but is also part of the current condition of Western society which is going through a crisis that has its reason for being in the illusion that by accepting a law, with the blessing of democracy, originating from special interest – in this case the primacy of the market economy and consumerism as an end in itself – progress and freedom are guaranteed. But what type of progress is one which increases the conflict between the technological civilization and the earth to the point of no return? And what freedom is it which allows us to consume what advertising tells us so that multinationals can prosper?
Here and there, Flores seems to recognize that something is not working in the world; but his problem is that he labels natural laws a disgrace, and points to Benedict XVI as an anachronistic figure of the pope-king. The refutation of this complicated and partisan construction lies in the facts which the author only fleetingly addresses. On the problem of dialogue with Muslims, for example, instead of reflecting on the difficulty of understanding between diverse cultures and on the mystifying role of the media, Flores endorses the insipid criticisms of the ignorant and concludes that the opportunity for dialogue is already lost when in fact it has been happily taken up again, as the numerous talks from Islamic intellectuals testified to in the recent Assisi meeting.
Regarding the Second Vatican Council, Flores is silent on the Pope’s desire to carry it out completely by emphasizing less superficial aspects and removing those interpretations which reduced its effectiveness. One wonders whether Flores really read the Council documents or is basking in the memory of a false image of the Council artistically created to paint a picture of the Church which surrenders to the dogmas of modernity.
The portrait of the Pope as a man who looks to the past, committed to “re-conquering” it or in a nostalgic turning back the clock, is truly unreliable and denies the facts. For those familiar with his theological and philosophical works, as well as his pastoral actions, this Pope continues to affirm both his desire to consider the positive values of modernity and his gentle but firm desire for innovation and passionate participation in the debates on the great issues of our times.
As an example, consider that on the issue of the defense of the earth’s equilibrium, Benedict XVI’s efforts are more than evident in his defense of creation. Also consider his openness to contemporary art, shown in the meeting in the Sistine Chapel and his participation through his capacity to listen demonstrated in the recent exhibition in the Nervi Hall.
A reading of Flores’ book, at this point, only inspires that sense of compassion that one feels for the blind.
November 5, 2011
Source: http://www.osservatoreromano.va/portal/dt?JSPTabContainer.setSelected=JSPTabContainer%2FDetail&last=false=&path=/news/cultura/2011/255q11-Modernit--compatibile.html&title=Benedict XVI and modernity&locale=en


''The truth might be hard to say, painful to bear or even drastic for the truth sayer but still needed to be said''. ALISON.
Posted by The iPriest at 7:02:00 am