MORALITY OF ABSOLUTISM by Oduwale Kehinde 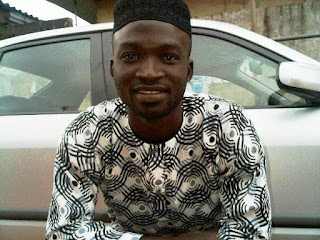 Events in the past and present are matters that call for inquisition into standards of governance, government or governing. The world political history is now making the conscious mind acknowledge the point that every political system attracts commendation or condemnation based on its operational consequences. Experiences have shown that no governmental system intrinsically possesses an overriding advantage over the other, as many people are made to believe in the case of “democracy”. If reverse is the case, going by aggregated historical facts, no system intrinsically and extrinsically overrides the other in terms of disadvantages, as most people scorn “ABSOLUTISM”. 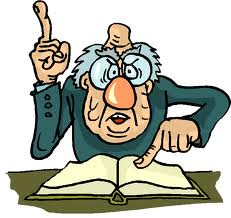 There is no gainsaying that what naively shapes most scholars and ordinary minds’ conception of “ABSOLUTISM” is the draconian policies and idiosyncrasies of some past and present Authoritarian personalities, like OLIVER CROMWELL, BENITO MUSOLINI, EMPEROR CLAUDIUS, ADOLF HITLER, JOSEPH STALIN, IDI AMIN, MOBOTU SESEKO, GNASINGBE EYADEMA, IBRAHIM BABANGIDA, SANI ABACHA, YOWERI MUSEVENI, YAHYA JAMEH, ROBERT MUGABE e.t.c. So sad however that the same scholars and ordinary people nurse a positive conception of “Democracy” owing to their obsession with Abraham Lincoln’s lofty definition of democracy as government of the people, by the people and for the people. But the big question is “How realistic is Lincoln’s definition in the face of socio-economic and political events in the democracy inclined west, and most especially in the third world nation in the 21st century?”

Before unknotting this question, permit me to first condemn vehemently the outrageous fallacy that “THE WORST DEMOCRACY IS BETTER THAN THE BEST ABSOLUTISM” or “THE BEST ABSOLUTISM IS WORSE THAN THE WORST DEMOCRACY”.
In other words, let us strip DEMOCRACY of the high moral esteem in which it is often held, by neither viewing it as a virtue nor as a vice. “ABSOLUTISM” should also be viewed in this same way too, by not falling prey to the fallacy that “absolutism is a political vice”; all in the bid to do justice to this note. Because, this fallacy has become a dogma sponsored by imperialist opportunists in the west as self-justification to witch-hunt dictators (from the third world) who refuse to pitch tents with them, and the dogma is spread by corrupt politicians in most democracy inclined third world countries so as to tactically pacify the teeming poor victims whose focus is assuming a paradigm shift from mere fantasy for main feature of democracy (i.e. Periodic Change in Leadership) to reflection about the nemesis of democracy in 21st century owing to disenchantment with unpleasant socio-economic and political situations in democracy inclined countries. Perhaps, the Masses’ endurance of these crises of democracy (having been brainwashed by the fallacy that “THE WORST DEMOCRACY IS BETTER THAN THE BEST ABSOLUTISM”) necessitated one african philosopher – George Uzoma Ukagba to ask this big question “IS DEMOCRACY OPIUM OF THE MASSES?” To answer this question affirmatively, one could say democracy is opium when people are made to forget the place of economic justice and over-glorify democracy basically in terms of its political advantages as far as “periodic elections” and “freedom of expressions” are concerned. We could conversely answer Ukagba’s question negatively by saying democracy is not an opium, and perhaps better than the best Absolutism in a democratic regime that prioritizes the question of economic justice vis-à-vis the Welfare of the governed majority, such as affordable housing, agricultural development (basically in areas of food), infrastructural development (in areas of electricity, good roads and pipe-born water). Hence, Lincoln’s lofty definition comes to relevance in this case. However, where economic justice is absent irrespective of the political advantages, a situation where an Indian lawmaker (that earns $23,000 annually) would have to work for more than 60 years to earn what a Nigerian senator earns in a year (i.e. $1.7million) with an undisclosed outrageous salary of the executive in an atmosphere of abject poverty and insecurity, we are justified to say “DEMOCRACY IS INDEEED AN OPIUM OF THE MASSES” not just in Nigeria and many third world nations, but also in the west; when we consider the paradoxical situation where a democratically elected presidents flouted UNITED NATIONS ORGANISATION’S resolutions, and dictatorially spent billions of tax payers’ money to finance cruel invasion into other sovereign nations in order to gain economic advantage i.e. OIL. This situation morally confers vicious title on “democracy” given the genocides perpetrated by Roosevelt, Bush, Chirac, Blair, Cameron, Sarkozy and Obama in Hiroshima/Nagasaki, Vietnam, Afghanistan, Iraq and Libya respectively.
﻿ 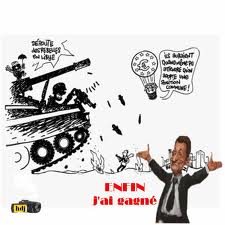 The unhealthy economic/political competition and dog eats dog syndrome (orchestrated by the elitist democratic ideology of lassies-fair market economy) are naked facts to morally prove the point that DEMOCRACY IS A VICE in the face of many virtuous monarchical, military and civilian absolutisms when we recall and reflect on the economic Justice fostered by absolute leaders, like Alexander the Great, Alfonso El-Sabio, Napoleon Bonaparte, Oduduwa, Orunmila, Ovorawen Ndugbasi, Jaja of Okpobo, Uthman Danfodio, Emperor Haile Selassie, Vladimire Lenin, Fidel Castro, MUAMMAR GADDAFI, Hugo-Chavez, KING FAAD e.t.c. These are absolute leaders who dictatorially prioritize democratic distribution of national wealth while shunning extravagant exercise of spending billions to organize periodic elections and reckless finance of democratic institutions i.e. legislature, electoral bodies and others. While appreciating your cognitive resilience at reading this note up to this level, I will also like you to join me to be wary of the intellectual naivety and intellectual hypocrisy of many scholars and lexicographers who superficially and semantically stigmatize the notion of “ABSOLUTISM” (having over-glorified democracy) respectively. 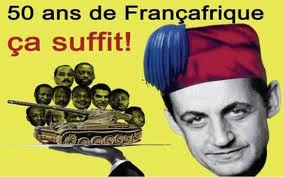 Or how does one moralize a democratic regime where governments spend billions of tax payers’ money to organize periodic elections and extravagantly maintain democratic institutions in an atmosphere of abject poverty, while you scorn an absolute regime that conserves this billions to promote welfarism and equitable distribution of national wealth in cases of Hugo Chavez, Muammmer Gaddafi, Fidel Castro and other past Benevolent Dictators? How does one moralize a democratic regime where a country nurtures internal democratic political culture co-incidentally with totalitarian foreign policy as regards cruel invasion of other countries’ sovereignty, while you condemn an absolute regime that fearlessly silences internal political opposition in a bid to sustain and guide jealously the continuation of their welfarist economic ideology? How does one moralize a democratic regime where often exists a delay in people oriented decision making due to inconsequential prolonged legislative debates, while you scorn an absolute regime where people oriented decision making assumes a speedy priority? How does a thinking mind moralize a democratic situation where places of meritocracy, rationality and objectivity are lost to ethnocentrism and religious bigotry to mortgage the election of credible Presidential candidates (given the case of contemporary Nigeria), while you despise absolute regimes of Yakubu Gowon, Muritala Muhammed and Buhari/Idiagbon? These are striking questions begging for dispassionate analyses from Men and Women of insight, especially seasoned political philosophers and political scientists. Just as they say in philosophy that every solution to a problem is a new problem I invite you to the discussion with the words of ODUWALE Taiwo "Let the lion pride himself as the king, and we will remind him of those times the hyena dispossessed him of his prey”

''The truth might be hard to say, painful to bear or even drastic for the truth sayer but still needed to be said''. ALISON.
Posted by The iPriest at 5:45:00 pm