LEADERSHIP or IDEOLOGY; which is Africa's Nightmare? By Oduwale Kehinde 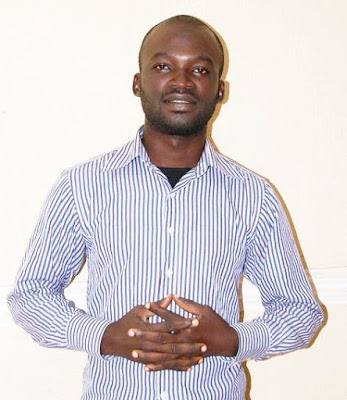 The fact that Africa is envied by other continents for her numerous Mineral, Animal and Human resources cannot be overemphasized. It is sad however that Africa is disdained by the same continents for being the continent that harbours the worst socio-economic and political ills. This Outrageous Paradox obviously renders Africa as Prey to imperialists’ antics. Disenchantment with Africa’s status-quo takes many forms; varying from current civil insurgence and imperialists’ insurgence against sit-tight despots in the North to incessant civil wars/deceases of all kinds in the West/Central/East down to HIV and AIDS epidemic unprecedentedly plaguing the South; all existing in an atmosphere of abject Poverty, Unemployment and Insecurity generally tormenting the continent. Since all external and internal efforts to rescue this situation proved abortive, not because this predicament is predestined (as some mysticists opine), but because (as many often say) the continent is currently lacking unitedly focused and Dedicated set of leaders. Hence, we ask…
IS LEADERSHIP responsible for Africa’s ills? 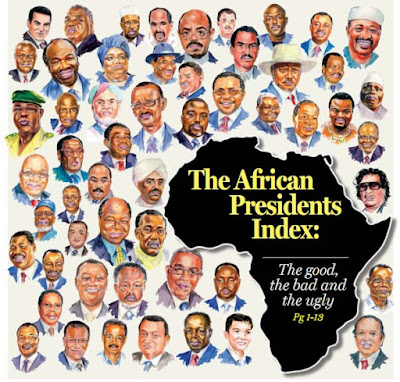 There is no doubt that Africa’s predicament can be directly attributed to corruption and callousness of most African leaders. Since independence from colonial rule, Africans have been having political experiences ranging from Parliamentary/Presidential Systems inherited from Colonial Rule to Military incursion via coups & counter-coups. In fact, towards the last two decades of the 20th Century, Military Dictatorship ran in parri-passu with Civilian Absolutism in Africa. As a result of wide Dissatisfaction with this harsh political atmosphere, especially the Horrible Apartheid Regime in South Africa; Africans began to clamour for “DEMOCRACY” (having been admonished by the Democracy inclined West), not minding its kind – whether it is people oriented or Elites oriented Democracy.

Furthermore, as unpleasant Socio-Economic and Political experiences unfold in all Democracy inclined African countries (far worse than Previous Dictatorial Regimes), Focus is gradually being shifted from naïve fantasy for main feature of Democracy (i.e. Periodic Change in Leadership) to Reflection about Devastating set backs this Elitist Democracy is bringing to Africa. This is evident in my country Nigeria, where we now nurse a decade of shattered Hopes in consequence of poor Democratic governance; where as a result of institutionalized corruption, the cost of Governance is 400% greater than the cost of maintaining the Governed majority, leading to Infrastructural Decay, Insecurity, Unemployment, Gradual Collapse of Large, Medium and Small Scales enterprises. South Africans’ Disenchantment with the Elitist Democracy is evident in May/June, 2008 when Black South Africans (out of poverty and frustration) launched an unprecedented Xenophobic attacks against fellow black immigrants, having suspected them as threats to their Economic opportunities cum incessant industrial actions in demand of meaningful wages. Ghanaians also replicate a silent Xenophobia against other fellow black immigrants (especially Nigerians) in disenchantment with this Elitist Democracy worsening Africans Economic well being. Liberia, Kenya, Zambia, Sierra Leone, Senegal e.t.c. have untold stories of Evils of Elitist Democracy, co-incidentally with Equatorial Guinea, Togo, Gambia, Sudan, Gabon e.t.c who are presently battling with the pains of Absolute Regimes. This Dilemma is compounded by the Flunky alliance of many African leaders with imperialist leaches to drain Africa’s Resources like Oil, Gold, Diamond e.t.c. African leaders who frown at this unholy alliance with external opportunists fall victims of either western propaganda or forceful invasion into their sovereignty. Asides the opportunism of the U.N.O. and E.U vis-à-vis proffering solutions to this Dilemma, the outright failure of Regional/Continental inter-governmental organizations in Africa (like ECOWAS, A.U., E.C.A. CEMAC etc) is a pointer to the fact that Africa lacks a Strong and United Political and Economic framework to drive home Africans’ aspirations. 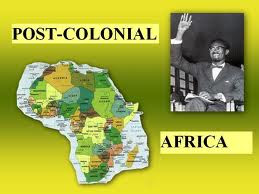 Nevertheless, these convoluted problems do not portend perpetual Hopelessness or Doom as pessimists might opine. It’s rather a golden opportunity for Africa – the sleeping giant to not just be sleeping, but to cognitively and constructively Dream (while asleep) about “WHOM SHE WAS”, “WHOM SHE IS” & “WHOM SHE IS GOING TO BE”. In other words, while generally agreeing with the fact that Africa suffers from “BAD LEADERSHIP”, Rationality demands that we dig into the root of this Nightmare in the light of our Pre-colonial, Colonial and Post-Colonial Realities. We must diagnose the basis of the unhealthy competitiveness in our Educational, Political and Economic endeavours; rooted in the imbibed western ideas of the “THE SQUEAKY WHEEL GET THE GREASE”, “SURVIVAL OF THE FITTEST” and “DO OR DIE AFFAIR”. These ideas unfortunately influence our Psyche in our Political endeavour as evident in Cultures of Electoral violence/Fraud and Political assassination in the bid to loot National resources rampant in many African countries (like Nigeria, Kenya, Ivory Coast, Zimbabwe, Egypt, Uganda etc); Economic endeavour – as evident in culture of Greed and Self-Centeredness ingrained in our psyche in many of Business transaction; Educational endeavour- as evident in the way we all strive for knowledge basically for Extrinsic ends (unlike the intrinsic ends of the past), the way Students, Lecturers and Teachers hoard knowledge from one another, the way some students Read and Bribe to boost scores and the way lecturers became stooges to higher Authorities to win Professorial promotions, in short Mediocrity is Fast overshadowing Meritocracy in all Africa’s institutional arrangements in consequence of deeply ingrained Alien ideas, a colonial heritage. 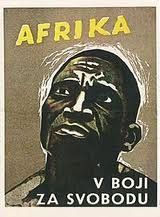 If Reflecting on these Realities could make one objectively link contemporary Africa’s ills to colonially inherited underlying “IDEAS” antithetical to Traditional African ideas unique to our Pre-colonial and Original African Socio-economic and Political experiences, we ask this big question ….
Is Africa suffering from Loss of IDEOLOGY? “I AM BECAUSE WE ARE; AND BECAUSE WE ARE; THEREFORE, I AM” John MBITI. The phenomenal fact that pricks one’s thought when we recall the pre-colonial Traditional Africa is the Interdependent view of the “SELF” in all African Societies. This runs contrary to the Independent view of the “SELF” in the West (as evident in Descartes Dictum “I THINK THEREFORE I AM”). This collective self scheme considerably influenced Africa pre-colonial Socio-Economic and Political Cultures of the people as evident in John MBITI’s Aphorism above. In other words, pre-colonial Africa was shaped by Economic Egalitarianism; as attested to by NKRUMAH and NYERERE in CONCSIENCISM and UJAMA respectively. African philosophical thought systems like “UJAMA” (of the Swahili speaking Africans), “AJOJE LON YONI” (of the Yoruba speaking Africans), “UBUNTU” (of the ZULU/NGUNI speaking Africans) etc were once ideological scales determining Economic and Political moralities; simply because these philosophical slogans (“UJAMA”, “UBUNTU”, “AJOJE LON YO NI”) are all synonyms meaning collectivism, Harmony, Humanness, Hospitality and Respect the individuals, communities and Groups display for one another in the socio-economic and political spheres. In fact, the Colonial intruders (having arrogantly and contemptuously envisaged chaotic political and Economic atmosphere in Africa) were so surprised to meet organized socio-economic and political settings across Africa along egalitarian line. These opportunists (i.e. colonialists) however saw this collectivism as threat to their Economic prospects. Hence, through regime of coercion, they played the Gimmicks of supplanting Africa’s Collectivism with individualism, Generosity with Greed, Selflessness with self-centeredness, and Unity with disunity through a “DIVIDE & RULE” policy in the bid to usurp Africa’s resources. Consequently, Africans began to experience ideological somersault by the influx of Alien ideas (like “THE SQUEAKY WHEEL GET THE GREESE”, “SURVIVAL OF THE FITTEST”, HUMAN WANTS ARE INSATIABLE” etc) penetrating into African’s Psyche in spheres of Formal Education, Politics, Economics and Religion. This indeed is the root of Corruption, Callousness and Civil wars in Africa. Given these, we are forced to deduce by intuition that Africa’s Malversation is symptomatic of colonial legacy of “DOG EATS DOG” syndrome; implying that misplacement of ideology (commensurate with Africans’ original Psyche) is holistically responsible for Africa’s current Quagmire. 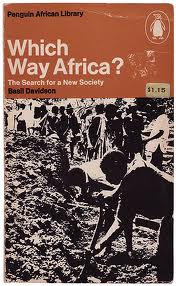 Furthermore, while viewing Bad leadership in Africa as offshoot of Bad ideology inherited from colonial capitalists, we must (as a matter of intellectual synthesis) also view dedicated leadership as basis for good ideology (a structure of Economic justice). This is the practice in the East (i.e. Asia & Arabia) where we have institutional Resistance against complete infiltration of individualism/capitalism (as evident in this Asian Truth “THE NAIL THAT STANDS OUT, GETS POUNDED DOWN”) in form of organized WELFARIST PACHAGES. The moderated Capitalism operated in China, Japan, Malaysia, Singapore, Saudi-Arabia, Oman, Quarter etc. lends credence to this fact. However, it’s not all well in the East as cases of abject poverty / class antagonisms still abound.
Thus, Africa must transcend these Reformist weaknesses of the East and West by not only managing the crisis/evils of capitalism but rather to revolutionarily destroy capitalism. This can happen by adopting the principle of EDO- EDUCATION, DEDICATION & ORGANIZATION (an acronym unique to Anthony FASHAYO), when all African Labour Unions come to Unity under a virile leadership of a continental All Africans’ Labour Union. This automatically creates the platform of working towards the materialization of much fantasized and awaited Geo-political Unity (i.e. UNITED STATES OF AFRICA) anchored around people oriented ideology that can guarantee True Democracy and Economic Justice in Africa. The sleeping Giant must rise with this (having cognitively and constructively dreamt) by creating a strong immunity against the monster of IMPERIALISM via the Mobilization of Billions of Down-trodden masses in America, Europe, Asia and Oceania for the purpose of killing the culture of Self-Centeredness, Individualism, “Dog eats Dog” syndromes… all for Enthronement of Economic Egalitarianism Entirely on Earth”. At this juncture, while appreciating your Patience for painstakingly reading this Note to this level, I leave you to reflect on these words of Oduwale Taiwo “LET THE LION PRIDE HIMSELF AS THE KING AND WE WILL REMIND HIM OF THOSE TIMES THE HYENA DISPOSSESSED HIM OF HIS PREY

''The truth might be hard to say, painful to bear or even drastic for the truth sayer but still needed to be said''. ALISON.
Posted by The iPriest at 6:25:00 pm