The African story as told by Chimamanda Adichie by Obinna Emelike 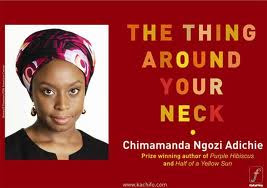