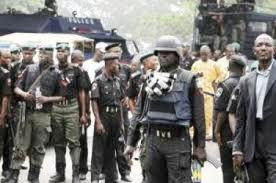 One of the reoccurring question about the efficiency of security in developed countries is why their security agencies, contrary to the developing countries, find it very easy to discover even minor criminal cases? The surprising aspect of it all, is that in most of the developing countries, serious cases like bomb blast, mass killing, kidnapping, assassinations etc. occur almost on daily bases without any concrete finding on them. In fact, all those who watch Hollywood movies must have been in one way or the other fascinated by the way the FBI and CIA agents are presented as capable of finding every criminal offence in an extraordinary and quasi automatic way.

Even though some wave it out saying it can only occur in films those who watch actors like Kiefer Sutherland (Jack Bauer) will never fail to acknowledge his talent seeing the way he flairs any form of danger. Film directors surely, make such activities like detecting of crimes, reading of body languages of suspects and foreseeing of dangers very flashy but, it remains a fact that in developed society, security agencies find it easier working and controlling people and their movements. While sitting down at their offices, they control people who are on buses, on train, on motorcycle, bicycle, those surfing on the internet, those communicating on telephones etc. In short, in such societies, there is almost no activity that passes unaware. A man who stays in his house and make illegal communication is apprehended by the Police, one who enters illegal sites is being monitored, a rubber in a supermarket is been followed up. In fact, almost no act passes unnoticed.

The reverse is the case with the developing countries for in such areas; terrorists can bombard national police stations, stadium, electoral offices, government houses, schools, churches, bear parlours and go unnoticed. In such countries, people can be kidnapped, assassinated, bank rubbed, army barrack and Churches burnt down, radio stations destroyed without anyone finding out the people behind it. In developed countries a letter touched by a suspect can be traced and followed for years ( a good example is the famous letter written by Bin Ladin which is said to have helped the American Security Agencies in tracing his location). But in developing countries, a hand writing letter sent to the police cannot help them to detect a suspect. (a good example is the letter which is said to have been sent to the Nigerian Security Agencies, shortly before the bomb blast that took place at the Police headquarters in Abuja, by Boko-Haram threatening to carry out a serious attack).
In developed world, an object touched unknowing by a suspect is enough to find out the suspect, but in developing world, a gun recovered from a killer cannot help the security agency to discover the truth about a mass killing. The situation of this type makes one to ask if criminals are more security conscious in developing world? Obviously, the answer is no, for most of the assassins in such areas are so illiterate that they do not even care leaving behind their photo to show they are responsible for the act.
Nigeria unfortunately is one of those countries where impunity and insecurity has become the order of the day. Almost every week ten people are either killed by a bomb blast, a gang attack, armed robbers, mobs, cult members. And what is pathetic about the situation is that even those who should be protecting the citizens are many at times the targets, and in most cases they fall victims faster than ordinary citizens. So, when doctors become sick, one will not but asks if the patients are to treat them? Who then can save Nigerians from this precipitated home calls?
In its heading of 18th May 2011, The Nation, had a heart appeasing topic like “FG may engage FBI, CIA, others to probe explosion”. There were mixed feeling among Nigerians, some arguing it shows the Nigerian security is incompetent, others think it is a good idea. Curiously, no one thought that the problem of Nigeria might be beyond what we take it to be today. No one mentioned the possibility of all those Security Agencies failing in a mission of that type in Nigeria. This is because a mere look at the Nigerian population can make one to understand it is difficult country. Though it is not just because it is a highly populated country but because logistically speaking, Nigeria is seriously an under-developed country.
America and other developed countries are able to monitor the movement of individuals in their courtiers because they have Security cameras planted in every corner of the city, in the shops, schools, hospitals, churches, streets, bookshops. In such countries, every phone number is registered, every car has a fixed number, motorbikes are well registered and every movement in and out of the country is taken note of. Every birth and death is registered; there is a bank of digital finger print of every citizen. One can ask if these are obtainable in Nigeria. Obviously no, and that’s why an assassin can keep his photo as a testimony of his act and no one knows his where about because he figures in no official document of the country. Banks are easily rubbed because even when the rubbers finish their work, they are aware the video (when they are functional) that was taken might not serve much in their identification. Why is it so in Nigeria? Watch out for the second part of the article.

''The truth might be hard to say, painful to bear or even drastic for the truth sayer but still needed to be said''. ALISON.