HOW LONG SHOULD WE BE FOOLED? (1) By Alison

At the dawn of the independence of French colonized African countries, when Gen. De GAULLE was saying that the Africans know they will not survive without the country that colonized them, without their population, their education, their guidance and that they cannot but follow the road that he has made for them, many were thinking it was just a political propaganda. And when Nicholas Sarkozy came in as a saviour, making his propaganda about bringing to an end the famous French African policy, many thought he was serious. He was even taken more serious when before many African leaders (political, economical, intellectual, name them) he boldly and proudly insulted the whole African continent by denying the existence of an African history. Who knew he was just one of those who inherit a system or a problem and make it theirs, just like Georges W. Bush who inherited the Iraqian war and made it his. Who knew his technique was to intimidate and humiliate the Africans only to continue the French imperialism on Africa? Did anyone really think that the almighty Sarkozy was to continue perpetuating the French tyranny and dictatorship in Africa? That’s why any conscious humanitarian will ask if France really thinks Africa is independent. Some of us do not think so because if she had ever believed that, she would not have been choosing those that should be on power in African countries (at least in the francophone African countries). 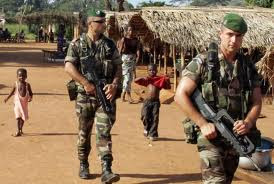 How could France condemn a president who has stayed only ten years on power (though that’s enough to leave the office) and support those who have stayed for more than 25 years. How can one understand the support people like Paul Biya, Ismail Omar Guelleh, and their counterparts get from France? Should she not be ashamed of identify herself with a regime that passes power from father to the son like the governments of Gabon, Togo and the likes? How long really will the France continue to fool us by letting us believe she is not only interested in her economic well-being in Africa? How long will France fool us by telling us she is interested in helping Africa? Cut off from Africa will she still be France, the great country? Will she still have her military base in other continents? Will the young soldiers have a place they will practice what they learnt from school? Will the Rafel, the French fighter jet be advertized to the world as a great bombing machine? 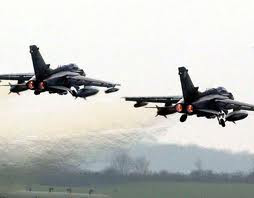 ''The truth might be hard to say, painful to bear or even drastic for the truth sayer but still needed to be said''. ALISON.
Posted by The iPriest at 7:55:00 pm